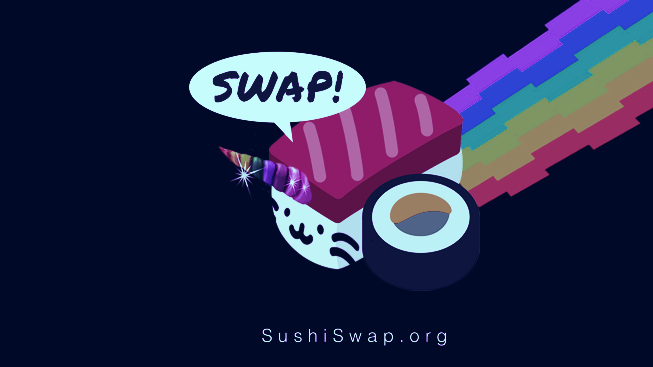 There’s nearly a billion dollars in Ethereum-based tokens on the move right now, as one of the most important sagas in decentralized finance yet—SushiSwap versus leading DeFi exchange Uniswap—enters its next chapter.

SushiSwap, the Uniswap clone with yield farming rewards and distributed governance, will soon be operational, following a winding tale of anonymous development, an alleged exit scam, and ultimately the transfer of control over the DEX to the owner of an existing centralized exchange.

It’s a story that shows just how complicated the wild west of DeFi can be, and that debates over centralization, open-source smart contracts, and liquidity rewards are far from settled.

The Sushiswap migration will transfer tokens currently being provided as liquidity for token swaps on Uniswap into new Sushiswap liquidity pools, creating an entirely new destination for decentralized token swaps. At the moment, there’s roughly $830 million in tokens on the move.

Before the migration, SUSHI tokens, which will be used in decentralized governance decisions for the protocol, were acquired by staking so-called “LP tokens,” which were received by users for depositing liquidity into pools on the original Uniswap.

6) The first pool to migrate will be CRV/ETH, after which we'll confirm that the new Sushiswap pool is functioning. We'll then go pool by pool, migrating current stakers.

Using deposited LP tokens, the SushiSwap migration will transfer tokens currently deposited in Uniswap to the SushiSwap DEX one pool at a time. When complete, liquidity providers will go on receiving the same SUSHI rewards. Instead of making distributions based on activity on the original Uniswap, however, SushiSwap will be a fully functional, community owned competitor to Uniswap, providing token swaps on its very own (albeit cloned) platform.

Uniswap LP tokens prove that users are providing liquidity on the platform. In the days and weeks leading up to the SushiSwap migration, more than half of all Uniswap LP tokens were deposited into SushiSwap’s pre-migration program.

Sushiswap has generated considerable controversy, after the anonymous developer, Chef Nomi, dumped SUSHI tokens designated as a “developer fund” and converted them into ETH. The action was seen by many in the DeFi community as a betrayal of the project; if Chef Nomi really believed in what he was building, it follows that he would retain value in the native protocol token, or at the very least not convert all dev holdings to ETH in a single shot.

SushiSwap: What happened, What it Means for Defi and What’s Next.

The move also crashed the price of SUSHI tokens, spooking holders and reducing the incentive to continue participating in the project.

Following Chef Nomi’s dump, control of SushiSwap was eventually transferred to Sam Bankman-Fried, CEO of the centralized exchange FTX. Following the ongoing migration, Bankman-Fried plans to transfer control to a multisig wallet, a kind of crypto wallet that requires multiple individuals to sign off on any payments or transfers. These signatories will in turn be bound by the will of SUSHI holders to execute governance decisions.

The Sushiswap tale combines several ongoing themes in the DeFi space—cloned projects, centralized versus decentralized control, and of course the competing incentives offered by a dizzying array of yield farming opportunities.

If the migration is successful, however, it’s likely to lend credence to the idea that anonymous teams are a significant red flag for any project. What’s more, for some, it may even be evidence that a measure of centralized control, at least for a time, is a tradeoff worth accepting in order to successfully develop and launch new DeFi products.

1) well the migration is done; sushiswap is livehttps://t.co/c2JGZJ65Ch

Update 4:00 pm ET: The Sushiswap migration was completed a few minutes after 3:00 pm Eastern Time, according to a tweet from Bankman-Fried.

As a result, liquidity locked in Uniswap has been slashed by nearly 70%, from $1.7 billion to just over $540 million, having now been transferred over to its competitor. That’s how quickly things can change in the world of DeFi.