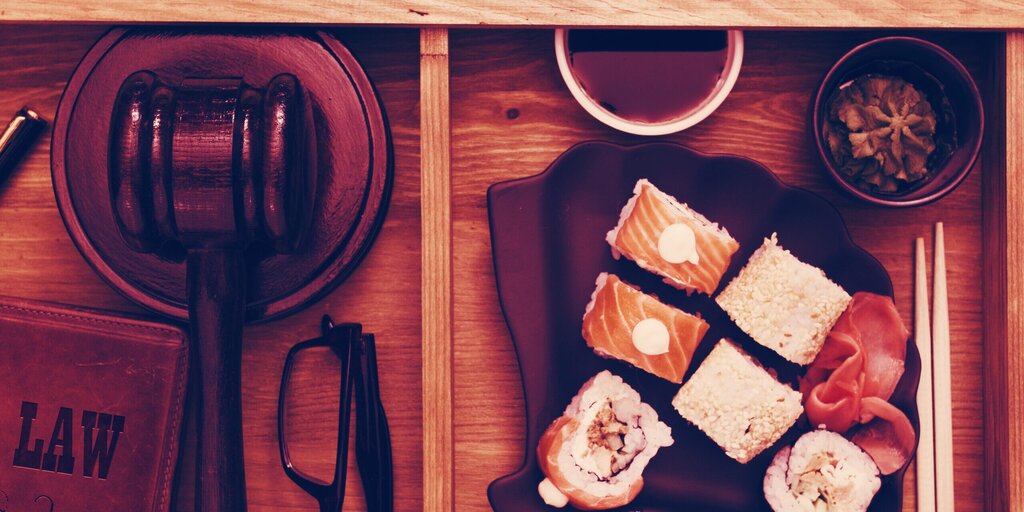 In an exclusive chat for UniWhales members, the anonymous developer—who didn’t reveal his identity—also said that he is no longer in contact with Chef Nomi, the creator of the decentralized exchange (DEX).

joins us to discuss SushiSwap and DeFi in 2021.

Exclusive for members of the UniWhales DAO.

SushiSwap is a clone of decentralized exchange Uniswap. It blew up after its launch in August when the DeFi world went crazy for meme coins and yield farming.

But its creator was accused of an exit scam when he cashed out the DEX’s native tokens, $SUSHI, for $14 million of Ethereum and suddenly disappeared. He then gave it back and now isn’t involved in the project.

Something New is Cooking at SushiSwap

“We haven’t talked for a while, I would say he’s not involved anymore,” said 0xMaki in an interview with UniWhales co-founder, Matt Aaron. He said that since leaving SushiSwap, Chef Nomi would previously only review codes.

But despite the drama, SushiSwap is growing—and has since attracted interest from yearn.finance, one of the biggest projects in the space. Its creator, Andre Cronje, this month said the two projects would merge.

0xMaki today said of the partnership: “We share the same goals and the same end-game—or something similar. He’s [Cronje] very good and someone who has a lot of good ideas but pushing the idea to the finish line or maintenance is not his forte and that’s where we can come in and pick up the ball for him.”

“We’re both big proponents of decentralization. At the end of the day the main concern for both of us is the capital efficiency for assets,” he said—meaning that both projects want to maximize users’ returns by using just one protocol.

0xMaki also said that the DEX would be making BentoBox available in 2021—a protocol that allows SushiSwap users to borrow or lend in a less riskier way and lets them long and short any asset. Devs will also be allowed to build on top of the protocol, he added.

Currently, you can’t borrow or lend on the SushiSwap platform.