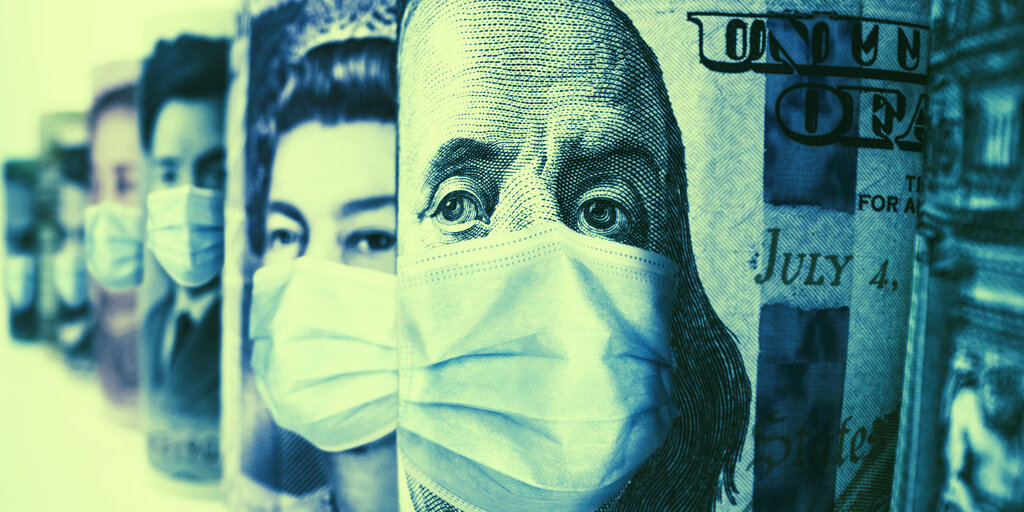 It’s been a rough day for both crypto and stocks alike, as the US economy reels from a recent uptick in COVID-19 cases.

Most coins today are in the red, as the combined market capitalization for cryptocurrencies today sank by around $11 billion.

Bitcoin, for example, has fallen by nearly 4% in price, currently trading for around $9,200 per coin, erasing the gains from earlier in the week (even if the asset is still outperforming gold this year.) Ethereum, meanwhile, has likewise dropped by 4%, potentially driven by the movement of more than $180 million worth of ETH associated with the alleged PlusToken ponzi scheme.

Stocks today, though, haven’t fared much better. The Dow Jones Industrial Average (DJIA) has closed the day with a 700 point drop, while the S&P 500 and the Nasdaq have fallen by 80 and 222 points, respectively. It’s the worst day of trading for US markets in the last two weeks.

The market drop follows news of a surge in COVID-19 cases in the US. Florida recorded its highest, single-day jump on Tuesday, with more than 5,500 new cases, bringing the total number of confirmed cases in the state to nearly 110,000. California saw roughly 7,000 new cases, while Texas experienced a spike of more than 5,400.

Some states on the east coast—including New York, New Jersey, and Connecticut—are now requiring travelers from these regions to isolate themselves for up to 14 days upon arrival or face financial penalties and mandatory quarantines.

However, some analysts believe that the markets may in fact be more fearful of a Joe Biden presidency than the novel coronavirus. A New York Times-led poll shows the former VP leading President Trump by 14 points, and this has got a lot of investors worried, according to CNBC.

On CNBC’s “Halftime Report,” Jim Cramer explained, “When I see across the board selling, that’s Biden. He sounds like another president that you get that is not favorable to capital. If that’s the case, I want to have a little cash.”