STO: What’s Happened With the So-Called ‘Next Big Thing in Fintech?’ 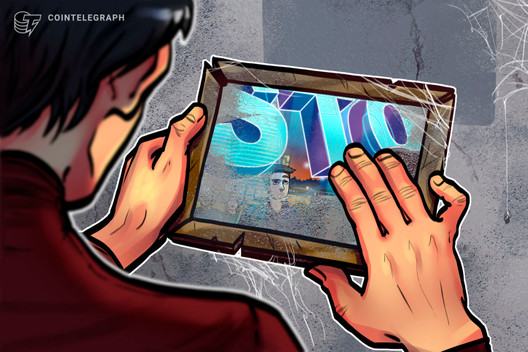 In early 2018, dozens of experts called the STO the next big thing in fintech. However, in 2020, there still was no big break for STOs. What are the reasons?

The ICO boom of 2017 failed thousands of investors worldwide, but it has also demonstrated how technology can improve the way companies raise capital. The obvious problem with the crypto market was the lack of regulation that has resulted in leaving investors unprotected.

Seeking for an instrument that will combine both, the concept of a security token offering was introduced to the market just around the time when initial coin offerings were waving goodbye to investors. The hybrid of the ICO paradigm mixed with traditional financial instruments and proper regulation still seems like a perfect blend. But STOs aren’t even close to becoming the next big thing. As the founder of a platform for issuance and trading of tokenized assets, I would like to share several insights regarding the problems and the future of the STO market.

What’s up with the market right now?

In its current form, an STO offers a traditional security in the form of a token. It opens the opportunity for businesses to raise funds by offering digital security to investors in a regulatory-compliant manner.

As for the issuer, the process is much cheaper than an initial public offering or equity crowdfunding, and the legal setup is faster than traditional methods. Additionally, all compliance features are already built-in in the code. For investors, this fundraising method lowers the entry barriers while keeping investor protection mechanisms in place. Just like any existing traditional market instruments, tokenized securities may grant rights in digital or physical assets ownership, profit-sharing, or financial commitments.

But let’s get real, there is no STO market, and we probably shouldn’t aim to have one. Tokenized security is the tool that has gigantic potential to improve debt financing and equity crowdfunding markets right now.

Even though one of the main selling points of tokenized securities was real investor protection, the main interest in the instrument came from large market players. Banco Santander and the World Bank have issued their tokenized bonds. But it’s important to note that their bonds were offered privately.

All campaigns above were structured in compliance with regulations. But the major pitfall of these campaigns lies in the fact that both assets and platforms still don’t have secondary trading available yet. Meanwhile, one of the main promises of STOs is easy availability for secondary markets.

If you conduct a small research on how security token issuance platforms promote their products, you might notice that nine out of 10 companies tend to emphasize that tokenized securities are destined to bring liquidity to traditional assets previously considered illiquid.

According to a BlockState report of 2019, there are more than 50 security token issuance providers on the market, and yet, as evidenced by our internal research, none of them currently offer fully operational and regulated secondary trading solutions. For all the security tokens on earth issued each day, there is no single secondary market in existence.

And there are no signs that the united secondary market will rise any time soon. Firstly, each tokenized security now is a tailor-made solution. In order to have a fully operational secondary market, there must be an interoperable solution and standard, but even that won’t solve the problem.

The main problem is that the regulatory framework for the secondary trading of tokenized securities has not begun to take shape yet. But this circumstance is not to be blamed on regulators. After all, these secondary markets have started to take off relatively recently.

Personally, I believe that one of the main mistakes of regulators is the attempt to apply the same old security laws to new instruments. The current laws don’t consider the obvious benefits of new technology, and therefore, tokenized instruments still exist in a system that is filled with intermediaries.

However, this doesn’t mean that waiting for the regulators to take action is the only option that security token market players are left with. There are other possible solutions to the problem. For instance, a study by the Asia Securities Industry and Financial Markets Association suggests that instead of building their own secondary trading facilities, companies could use the operational infrastructure provided by existing regulated securities exchanges and trading platforms — given their regulatory status and the fact that many of them have already started digital transformation projects to embrace blockchain.

But in the event that this partnership is an option, there would be two major pitfalls again. Compliance procedures on the traditional European Union financial markets include notaries and complicated procedures that will give common crypto folk a heart attack. Secondly, it’s quite hard to find partners courageous enough to try building such a complicated solution.

In my opinion, some will keep on developing their own secondary markets, while others will probably opt to partner with market players who already have the required infrastructure at their disposal. We are pursuing both directions at once, and we’ve already made considerable progress in each of them.

However, as time progresses, it’s hard to simply build the secondary market without having other sources of income. As we’ve brought up Neufund before, the company has already announced that the direction of its business will change. Furthermore, we have also started building solutions for equity management outside of tokenization products.

Is there a future for tokenized securities and STOs?

Even though we’ve shown the sad reality of today’s markets, there still might be a future for them. First of all, let’s refer back to the Santander and World Bank cases. Other large institutions are also interested in launching such products, as they may potentially save them money.

Secondly, the ETO use cases above present promise advantages, such as programmable compliance, decreased issuance and set-up costs, along with more control over your business.

In the end, we can see that next year, the offering of tokenized instruments will be a working solution for small and medium-sized enterprises willing to transform customers into partial owners of the business, who are ready for a long-term investment in startups with a good reputation and acquired audience looking to scale-up. Together with large institutions, it might be a proper market to work in. Unfortunately, even if STOs become accepted, it is highly unlikely that they will radically change the traditional financial system overnight.

Artem Tolkachev is the founder and CEO of Tokenomica. For over six years, Artem has been a blockchain and tokenization key opinion leader in the CIS region. Since 2011, he has been an IP & IT lawyer and entrepreneur. In 2016, Artem founded and headed Deloitte CIS Blockchain Lab. As part of that initiative, he led a range of innovative projects involving the implementation of enterprise blockchain solutions, tokenization of real-world assets, tax and legal structuring of STOs, development of cryptocurrency, and blockchain legislation.