Still No Bitcoin ETF in the US: What's Happening? 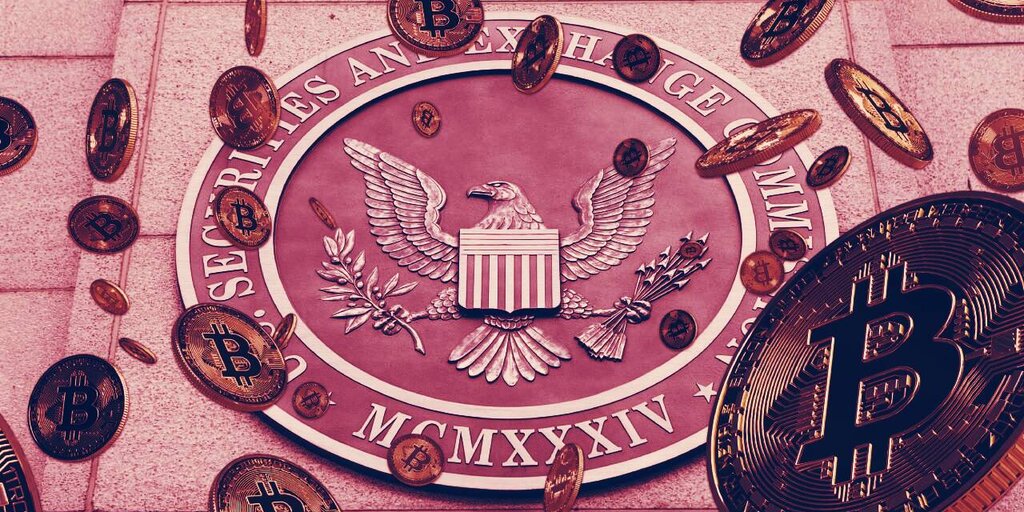 A Bitcoin ETF, or exchange traded fund, is widely seen as the holy grail for institutional investors’ acceptance of Bitcoin. Many think that it will drive the largest cryptocurrency by market cap to new heights. But the US Securities and Exchange Commission (SEC) has repeatedly blocked proposals for a Bitcoin ETF, and the prospects of the investment vehicle launching in the US have become increasingly distant.

An ETF is a little like listing Bitcoin’s price on the stock market. ETFs track the price of an asset (or several at a time)—in this case Bitcoin. To investors, a Bitcoin ETF would be an investment vehicle that offers exposure to Bitcoin without actually holding Bitcoin itself.

This means they don’t have to concern themselves with issues of custody—for the high rollers, paying someone to secure your Bitcoin can get pricey—and they can play around with the usual tools of the stock market, such as short selling.

The SEC is the main roadblock to a Bitcoin ETF

But the SEC has blocked several proposals for a Bitcoin ETF. At least nine entities have applied so far, with no success. Cameron and Tyler Winklevoss, founders of the Gemini crypto empire, tried to launch a Bitcoin ETF in 2017, but the SEC shot it down.

Monday marked the 6 year anniversary of the first filing of the Winklevoss Bitcoin Trust ETF. Onward and upward!

At the time, it argued that ETF exchanges wouldn’t have enough oversight on Bitcoin, since much of Bitcoin is traded on unregulated exchanges and the price is prone to manipulation.

Others have swung and missed. The investment firm VanECK worked with blockchain startup SolidX to publicly list a Bitcoin Trust, but withdrew their applications several times last year after backlash from the SEC. And the SEC snuffed Bitwise Asset Management’s attempt for a Bitcoin ETF last year, even though it argued that its ETF derived its price from cryptocurrency exchanges that had not faked transaction volume.

Apparently, bitcoin is not ripe enough, respectable enough, or regulated enough to be worthy of our markets. I dissent: https://t.co/gH5zXaKtmj

The SEC said that this wasn’t effective enough to “insulate” the ETF from “attempts at manipulation in a way beyond that of existing derivative securities products that trade on highly regulated markets.”

More failures came from WisdomTree, Wilshire Phoenix (whose application was denied in Feburary 2020), Direxion, ProShares, GraniteShares and others.

Who currently has applications in progress?

At the moment, two applications for Bitcoin ETFs are on the go. The first is Kryptoin, an ETF from Kryptoin Investment Advisors. They filed this proposal in October 2019.

This would hold Bitcoin according to the reference rate provided by the Chicago Mercantile Exchange, which tracks transaction data from Bitstamp, Coinbase Pro, itBit, Kraken and Gemini. The second is the USCF Crescent Crypto Index Fund, an ETF that tracks an index from Crescent Crypto Index Services. This proposal was filed in May 2019. No word yet on their success.

What’s the stumbling block for approval?

The hurdles are rooted in crypto’s unique market structure. The key problem, said Chen Arad, COO of crypto compliance firm Solidus Labs, is that, “Unlike most other traded assets, Bitcoin and many cryptos are not native to a single exchange, raising concerns that it can easily be manipulated.”

“Bitcoin and many cryptos are not native to a single exchange, raising concerns that it can easily be manipulated.”

“The SEC is essentially saying that even if the applying markets are fully surveilled against manipulation, and the ETF itself cannot be easily manipulated, underlying assets like Bitcoin can be manipulated elsewhere, with no oversight,” Arad told Decrypt. So, if, say, an ETF was based on the price feeds of ten regulated and honest exchanges, Bitcoin’s price itself could be manipulated by movements on the several dozen other, unregulated exchanges.

Can a Bitcoin ETF ever gain SEC approval?

Through its denials, the SEC has outlined two ways to establish a Bitcoin ETF that satisfies Exchange Act 6(b)(5), Bob Morris, Chief Compliance Officer at Apifiny, told Decrypt.

An applicant must prove one of two things. First, that Bitcoin is “inherently resistant to fraud and manipulation, or that other means to prevent fraudulent and manipulative acts and practices will be sufficient”. Second, that any exchange listing the Bitcoin ETF has entered into a surveillance agreement with a “regulated market of significant size” because “such agreements provide a necessary deterrent to manipulation because they facilitate the availability of information needed to fully investigate manipulation if it were to occur.”

Given that fulfilling the first criterion is very difficult, the second option could be a way forward, said Arad. This notion of shared-surveillance refers to “frameworks existing in other markets that allow monitoring for risks across multiple markets at the same time.”

This, coincidentally, is what Solidus Labs has built: a “crypto-native cross-market manipulation solution in some markets outside the US which can be deployed either by regulators or by consortiums set by the exchanges themselves.” It’s currently working with exchanges to set up a framework.

Morris said that the SEC and FINRA helped guide this framework through a recent No-Action Letter, which outlined how broker-dealers such as a Coinbase can facilitate crypto transactions without incurring the wrath of the SEC. The way to do this, said Morris, was to provide surveillance procedures.

Arad notes that the securities industry also faced this issue. There, the Intermarket Surveillance Group, a shared-surveillance consortium, let US exchanges trade derivatives of securities native to foreign markets, he said. And the online loans industry succeeded in the late 2000s when “ID Analytics partnered with lending platforms to create the Online Lending Network, a loan application data repository that detects attempts to stack loans,” he said.

“It’s important to keep in mind that the ETF is just one example—this challenge of cross-market manipulability is a barrier for market integrity and regulated crypto trading as a whole, and therefore to the growth of the industry as a whole.”

Megan Monroe-Coleman, who heads compliance at San Francisco-based crypto exchange OKCoin, told Decrypt that regulators’ general crackdown on crypto projects “help[s] increase the credibility of cryptocurrency in the market.” This, she said, makes the industry less attractive for “bad actors,” and paves the way for ”a measured but deliberate shift in the reputation of the crypto industry as a whole.”

What about the launch of a Bitcoin ETF in Bermuda?

Though Bitcoin ETF applications have failed in the US, the coastal island of Bermuda has accepted an application for an ETF, a collaboration of NASDAQ and Hashdex, a Brazillian investment firm.

Will it make a difference? Opinions are divided.

“The efficiency of an ETF wrapper in the digital space is a juggernaut for institutional participation,”said Morris. “NASDAQ will bring its SMART technology and its exchange skills and goodwill to Bitcoin ETF.” While conceding that Bermuda isn’t a leading traditional marketplace exchange, he noted that it is in the digital space: “The Bermuda government is well-known for its push to legitimize digital assets for the country’s exchange and its economy.”

“The SEC is adamant about the integrity standards of US capital markets […] and plays by its own rules.”

Morris foresees “a tsunami of institutional flow into Bitcoin ETF collaboration in the New Year of 2021.” But Arad said that it’s difficult to believe that the ETF in Bermuda will make a difference: “The SEC is adamant about the integrity standards of US capital markets, which are the best in the world, and plays by its own rules.”

And what about the SEC’s expansion of the “accredited investor”?

In August, the SEC announced plans to reframe the definition of an “accredited investor”—someone allowed to participate in private investments. Currently, it’s all about how much money you have—you need a net worth of $1,000,000 or an income of $200,000. But the SEC then announced that it would like to remove such barriers—instead of being rich enough, you have to be smart enough.

So, could this improve the chances for a Bitcoin ETF? Theoretically, this would open up access to the markets and let more people participate in riskier investments. Nope! That’s according to Alexander Blum, COO of Two Prime. Blum said, “Since ETFs are by definition, available on public markets for any US investor, including non-accredited ones, I do not believe the change in accredited investor definition has any relationship to the future of a Bitcoin ETF.”

Are there alternatives to a Bitcoin ETF?

There are a couple of financial products that are somewhat similar to Bitcoin ETFs.

The Chicago Mercantile Exchange has offered Bitcoin futures since 2017; these allow investors to bet on the future price of Bitcoin with fiat currency. It’s quite different from a Bitcoin ETF, but the effect is similar; CME’s Bitcoin futures contracts bring Bitcoin to institutional investors. Bakkt has a similar thing for Bitcoin futures, only its futures are paid out in Bitcoin, not cash.

And Grayscale, a large US cryptocurrency investment firm, has offered the Grayscale Investment Trust, which trades publicly. The Grayscale Investment Trust is a big pool of money that Grayscale’s customers have invested in. Investment in the trust is private. Shares in the trust, which represent the Bitcoin within it, trade publicly. This is not a Bitcoin ETF, since it represents shares in the investors’ Grayscale’s trust. The trust often trades at a hefty premium; a Bitcoin ETF, however, would reflect Bitcoin’s true price. But, again, the effect is the same: With Grayscale, you can buy shares that represent investor’s purchase of Bitcoin, and trade them on a stock exchange.

For now, that’ll have to do.