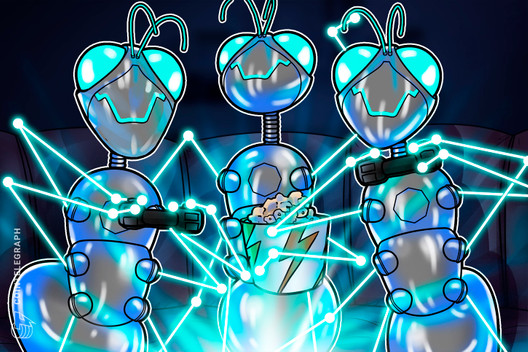 Blockchain’s inexorable push into the world of gaming is occurring simultaneously on a number of fronts. From AAA tentpole productions backed by major crypto players, through crypto-powered Esports tournaments in popular non-blockchain titles, to encouraging developers on board with easy-to-use blockchain integration tools.

GOATi Entertainment is taking a dual-headed approach of its own with its Pavillion Hub offering; targeting both the developers and players on one of the largest gaming platforms around, Steam.

Steam, but turbo-charged and blockchain-enabled

Pavillion Hub, powered by Phantasma blockchain, acts as a kind of blockchain-enhanced front end for Steam.

Gamers can simply link their Steam accounts to the downloaded app, and play all of their existing Steam content. However, the app will also create a Phantasma wallet for the player, allowing them to seamlessly utilize tradable non-fungible tokens, or NFTs, along with their Steam inventory.

Game developers can use the blockchain back-end of Pavillion to deliver the same in-game inventory through NFT assets. This stretches from in-game items and expansion packs, to mods and even the game licenses themselves.

The real draw is that it enables this with no need for specialist blockchain knowledge.

Steam, but with a resale marketplace

Steam has locked down the selling of individual in-game assets, meaning the only way to profit from that level 99 warlock that you’ve spent the last 4 years levelling is to sell your entire steam account, game licenses and all.

However, with Pavillion Hub’s NFT marketplace, any item represented as an NFT can be bought and sold. This means your rare amulets, complete characters, and even game licences can be sold on.

It also enables the modding community to monetize their skill, as game mods and extensions can also be freely traded.

The platform also allows the running of events, with smart contracts dealing with the collection and distribution of GOATi tokens, through betting or prize money.

Interested gamers can download a test version of the app now. Look out for a full review of the sample game, 22nd Century Racing Series, on Cointelegraph soon.