Another day, another trillion dollars — the European Central Bank (ECB) has announced it will double its coronavirus purchase program to €1.35 trillion to the dismay of Bitcoin (BTC) proponents.

In a press release on June 4, the ECB became the latest central bank to up its controversial response to coronavirus, adding €600 billion to the so-called pandemic emergency purchase programme (PEPP).

Launched in March and originally worth €750 billion, PEPP is a mass buy-up of public and private sector securities.

Similar to the actions of the Federal Reserve, the scheme has so far not reached the dizzying heights of United States’ purchases, but still represents what is essentially the creation of fake market demand.

“The purchases will continue to be conducted in a flexible manner over time, across asset classes and among jurisdictions,” the release states.

“This allows the Governing Council to effectively stave off risks to the smooth transmission of monetary policy.” 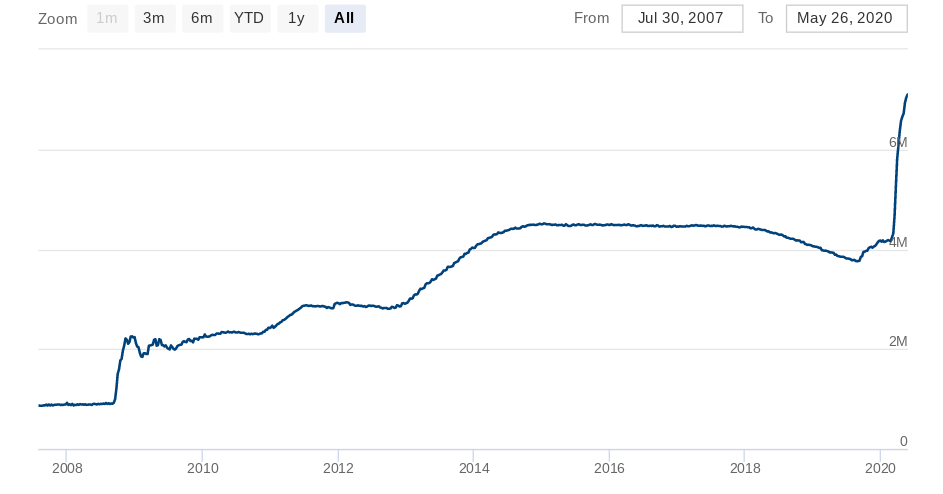 The move forms just another step in the frenzied “management” of coronavirus by central banks and governments. As Cointelegraph has often reported, the measures, which also include unprecedented money printing, are frequently criticized as being more harmful than coronavirus itself ever was.

The Fed has fuelled the frustration, with Chair Jerome Powell publicly acknowledging powers to print unlimited amounts of fiat.

Responding to the ECB, Lightning Torch organizer Hodlonaut told Twitter users to opt out with Bitcoin. “Stack sats!” he summarized.

Hodlonaut had previously queried why, in an age of unlimited money, taxpayers should bother paying tax to the government.

As fiat faces ever further dilution and savings lose their value by the day, Bitcoin provides the only really accessible hard money solution for many. Unlike its legacy alternative, gold, Bitcoin does not incur physical storage headaches, is non-confiscatable and cannot be forged or tainted.

Its supply is also strictly limited, and its issuance cannot be sped up, regardless of how much human energy is expended on mining it.

Due to its incentive structure, miners are not incentivized to agree on Bitcoin mining becoming more like mining an uncapped asset such as gold.