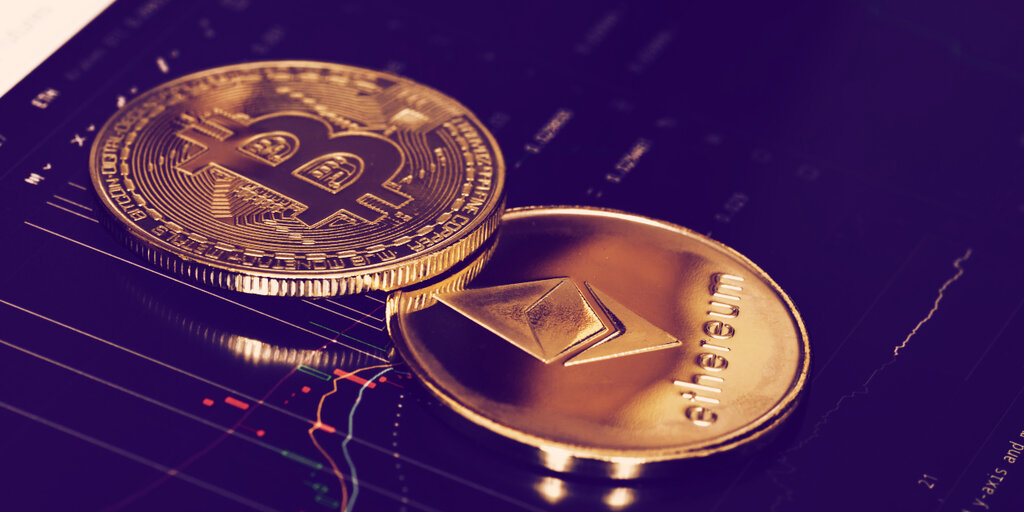 In findings sure to bring out the Bitcoin reply guys, Messari researcher Ryan Watkins found in his Q2 review of stablecoins that, after nearly reaching parity with Bitcoin for daily settlement value in the first quarter of 2020, Ethereum “[blew] past Bitcoin” in the second quarter.

The settlement figures add another feather in the cap of Ethereum, which has been the main public blockchain for stablecoins for some time. “All said Ethereum accounts for more than 65% of all stablecoins issued, and more than 85% of stablecoin transaction value,” Watkins wrote.

In Watkins’ analysis, stablecoin volumes have corresponded with two recent trends. The first is the COVID-related financial panic. In the last quarter, the amount of money in circulation increased by $3.8 billion dollars after growing by $2.4 billion the previous quarter.

Most of that growth was from USDT stablecoin, better known as Tether. It now accounts for more than $10 billion of the stablecoin market cap of $12 billion. In more unsettling news for the most maximal of Bitcoin maximalists, “USDT alone may very soon surpass Bitcoin as the dominant currency on public blockchains.”

sUSD, launched by Synthetix in January, and Binance Stablecoin (BUSD), which began trading in September of last year, also showed strong growth in relative terms. However, they have some ways to go before catching Tether, the Bitfinex-linked stablecoin that’s been in circulation since 2014.

Though Tether was initially issued on the Bitcoin blockchain, it began issuing instead on Ethereum back in 2017. Tether issues a smaller amount of USDT on the Tron blockchain.

If the upward trajectory of stablecoin settlements seems like good news for stablecoins and the blockchains that issue them, Watkins says that’s because it is.

“What Q2 2020 made clear is that the previous quarter’s growth was not just due to a flight to cash spurred by the initial financial markets turmoil around the coronavirus pandemic,” he noted. “Instead it is that stablecoins, in some respects, offer a superior payments and savings solution.”

But booming stablecoin demand doesn’t just dovetail with COVID. Stablecoin use also correlates with the rise of decentralized finance. Watkins rattled off a list of Q2 DeFi developments: decentralized exchange volumes sometimes hit $500 million a week, Compound’s liquidity mining program led to $800 million in outstanding loans, and more than $2 billion in value was locked up in DeFi tokens. Oh, and the prices of those tokens went up.

“Stablecoins were at the center of all this action, which helped build their utility outside just the payments use case,” noted Watkins.

For those reading Watkins’ report with no small amount of dread that the potential of cryptocurrency is being watered down to optimize it for faster settlements by institutions rather than peer-to-peer payments, Watkins ends on a hopeful coda: “In the long run, stablecoins are not a compromise, they are a trojan horse for permissionless money.”