Stablecoin Adoption: 90% Of OTC Flow in Asia Happens in Stablecoins 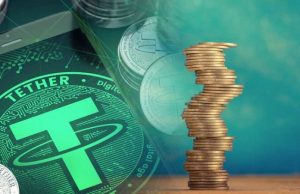 Taking to Twitter, Jason went on and added that whales, individuals who control a huge chunk of any cryptocurrency, care more about liquidity and the number of exchanges that support their preferred stablecoin, not proof of reserves or governance and other metrics that project supporters use to gauge progress and the level of decentralization.

~90% of OTC flow in Asia happens in stablecoin (Tether for China, TUSD for Korea etc)

The whales don’t care about governance, proof of reserves etc – only liquidity, how many brokers accept their stablecoin of choice and whether it helps them move money easier than thru banks. https://t.co/tFDwEA5bW4

Liquidity is paramount. An analysis by Willy Woo, an on-chain analyst, revealed that over the 4,500 cryptocurrency projects listed by CoinMarketCap, a coin tracker and aggregator, only one percent are liquid.

Investors want liquidity at entry and liquidity on exit. Very few coins have credible liquidity to be good investments. pic.twitter.com/3kXgn3NWjV

99% of these projects, it emerges, are struggling with liquidity. They are sparsely listed on different cryptocurrency exchanges presenting a problem to investors and traders who wish to opt out by liquidating those tokens and coins.

Meanwhile, Bitcoin (BTC), the pioneer cryptocurrency, is the world’s most liquid as it is supported by almost all exchanges where it acts as base and is easily convertible into fiat of various denominations.

The Convenience of Stablecoins

For all they bring on the table, stablecoins are attractive for their price stability. Pegged against fiat currencies, one of the world’s most liquid stablecoins, Tether (USDT) is listed on leading cryptocurrency exchanges including Binance and Bitfinex.

Overtime, stablecoins have evolved into preferred store of value, acting as a medium of exchange, especially during times of market uncertainty. When prices of digital assets plunge, traders can trade its derivatives and short sell, riding the bear trend.

Alternatively, in spot trading, they can convert their holdings into stablecoins as USDT, TrueUSD or any other stablecoin as a shield.

In late July, it was reported that Chinese merchants were converting cash for Bitcoin (BTC) and USDT to the tune of $3 million a day via OTC desks in Russia.

An OTC dealer, Roman Dobrynin, told reporters that USDT was convenient for Chinese traders and that China was overly reliant on USDT:

“As the price was going down, tether became much more convenient to use. China is totally reliant on USDT, they trust in it a lot, plus it’s very liquid.”

The post Stablecoin Adoption: 90% Of OTC Flow in Asia Happens in Stablecoins appeared first on Coingape.