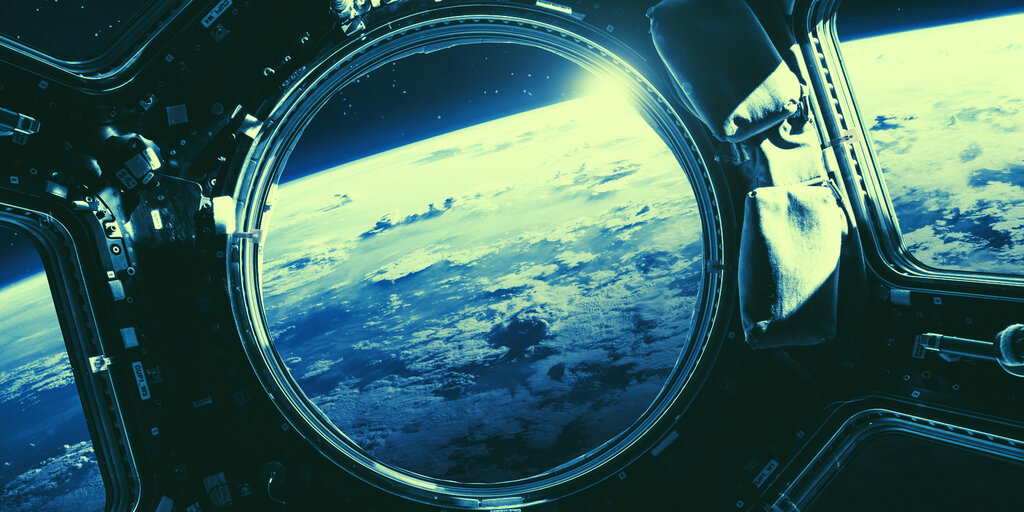 Decentralized space agency SpaceChain has executed a multi-signature Bitcoin (BTC) transaction on the final frontier, according to a press release published today. The researchers sent roughly 0.001 BTC, worth around $122 currently, to two Bitcoin addresses.

To achieve this, SpaceChain used specialized blockchain hardware on board the International Space Station (ISS)—developed by nanosatellites manufacturer GomSpace—to transmit the encrypted data through a ground station to the ISS.

Multi-signature transactions are mostly the same as “regular” ones, but they require several signatures—or approvals—to be executed. This results in increased security as well as the ability to create shared wallets that can’t be accessed by just one user.

“Executing the multisignature transaction in space encapsulates our continuous efforts in building out an open-source blockchain-based satellite network that is secure and immutable,” said Jeff Garzik, the co-founder and CTO of SpaceChain, adding, “SpaceChain aims to be the one-stop solutions provider for the integration of blockchain and space.”

Supported by the European Space Agency’s “Kick-start Activities” program, the project ultimately seeks to build new space-focused products and use cases for digital banks and fintech companies in the future.

“This milestone has built momentum for the use of space systems and services in the commercial market, and we are excited to further integrate our innovative technologies to help SpaceChain achieve its goals in space and beyond,” added GomSpace CEO Niels Buus.

Our bitcoin hardware embedded with the multisig wallet technology has been installed on the International Space Station, enabling new levels of cybersecurity for digital assets. Learn more about what we do! pic.twitter.com/NhzFZcRlPv

As Decrypt reported, SpaceChain sent its blockchain hardware wallet technology to the ISS aboard a SpaceX Falcon 9 rocket last December. After activation, the payload was used to demonstrate the receipt, authorization and retransmission of multi-signature blockchain transactions on the Qtum and Ethereum blockchains.

Now it has added support for Bitcoin, taking it one step closer to the moon.