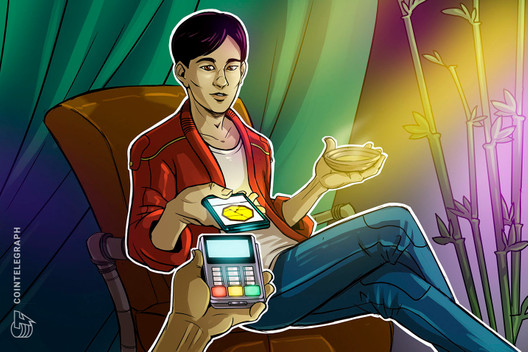 An article published by Yonhap suggests that South Korean merchants are open to accepting digital yuan as a payment method in the near future.

South Korean media outlets suggest that local merchants could accept the upcoming digital yuan as a payment method once the COVID-19 pandemic passes, and Chinese tourist flow increases in the country.

According to Yonhap news agency, domestic merchants have been increasingly considering taking advantage of China’s upcoming digital currency, citing some tourist shops in their examples.

The report details that in Seoul’s Myeongdong District, some stores have been accepting payments using Alipay, thus showing interest in customers from China.

Reports indicate that the COVID-19 crisis caused damages close to $2 billion in tourism incomes. Due in part to this fact, merchants have begun to consider the digital yuan as a payment method once it launches.

Risks of accepting digital yuan in a foreign country

However, the author of the article warned about accepting the Digital Yuan as a payment method. They cite privacy issues, and the oversight of “Big Brother”:

“If people from other countries make widespread use of the ‘digital yuan,’ centrally managed by the People’s Bank of China, it is likely that the usage will be exposed to Chinese authorities.”

Yonhap’s author cites that Chinese digital currency has a “completely different philosophical and technological base from blockchain-based bitcoin (BTC) technology.”

The concerns are shared by other experts, such as Joel Telpner, attorney and advisor for the Marshall Islands’ digital sovereign currency project. He told Cointelegraph about the motivations of countries like China in creating a state-backed digital asset:

“I think that the motivations are not necessarily the same in all countries for better or worse I tend to look at China a little bit differently than other countries because I believe, and this is just my own beliefs, but I think one of the motivations for China is to make sure they are able to maintain control over payments and outflows by creating a digital currency that has ID built into it for the Chinese government, and it also becomes a surveillance tool, unfortunately.”

On April 15, Cointelegraph reported that screenshots of a purported pilot version of a wallet app for China’s forthcoming digital yuan were circulating on social media. It was suggested that the app was being tested in four Chinese cities.

Former People’s Bank of China President, Li Lihui, said on May 6 that the launch of the digital yuan could indeed replace cash if critical conditions are met.