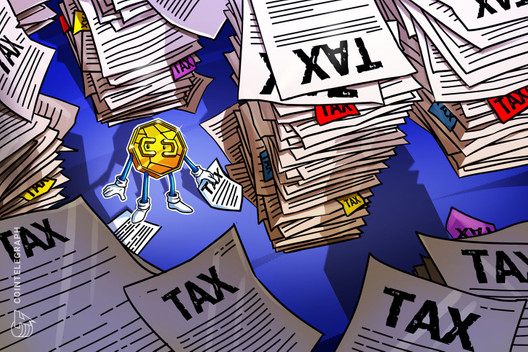 The South Korean government has announced a 20% tax rate for income generated from cryptocurrency trading.

In a section headed, “Taxation on Virtual Asset Transaction Income,” the ministry introduced the new rules with a note that at present, both personal (resident and non-resident) and foreign corporations’ virtual assets are non-taxable.

The government states that introducing taxation for virtual assets is now necessary, pointing to the approach taken by other countries, where cryptocurrencies are already taxed under similar regimes for income from stocks and derivatives trading.

Under the new framework, gains made from virtual currencies and intangible assets will be classified as taxable income, calculated annually. Income from virtual assets below 2.5 million won per year ($2,000) falls below the minimum threshold and will not be taxed.

Above the minimum threshold, the tax rate is set at 20%, on a par with the basic tax rate for most other taxable income and capital gains in South Korea.

The rules provide guidance for calculating income derived from crypto trading, which should be reported and paid annually each May.

The National Assembly will receive the revised tax code for approval before September 3. The new rules, if approved by parliament, would then come into force on Oct. 1, 2021.

Lead-up to the new tax regime

As Cointelegraph has previously reported, South Korea’s government has spent months reviewing how to update its tax regime to respond to the trading of virtual assets.

Discussions in the country’s private sector had, as recently as mid-July, appeared to indicate that a capital gains tax of 20% would be established for cryptocurrency gains.

Lawmakers have also discussed classifying virtual assets as goods where transactions are made for the purpose of sale. A court judgment indicated that:

“Until now, virtual assets have been recognized only as a function of currency and have not been subject to income tax, but recently, virtual assets (like Bitcoin) are increasingly being traded as goods with property value.”