Someone Has Been on a $200M Crypto Exchange Hacking Spree 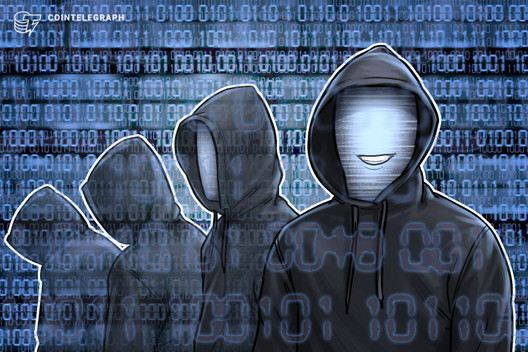 A cybercriminal group has allegedly stolen around $200 million from cryptocurrency exchanges over the past two years. In total, they are believed to have hit 10 – 20 victims across the United States, the Middle East, and Asia.

According to research by the cybersecurity firm ClearSky, the gang named “CryptoCore,” known with other pseudonyms like “Dangerous Password” and “Leery Turtle,” has been actively targeting crypto firms since 2018 — specifically exchanges.

They confirmed that CryptoCore stole $200 million from at least five victims, several of whom were located in Japan.

Between 10-20 additional companies could be affected

The names of targeted crypto exchanges were not revealed due to non-disclosure agreements with the victims. It is believed that the total number of targets could be as high as 20 in total.

The cybersecurity firm believes CryptoCore may have links to the Eastern European region, Ukraine, Russia, or Romania.

Phishing attacks launched against the exchanges

The hackers used spear-phishing attacks to gain access to crypto exchanges’ wallets. In some cases, they may have targeted executives’ personal email accounts.

The report details that spear-phishing attacks are “typically” carried out by impersonating employees, mostly those who have a high-ranking role within the company or from another organization like the advisory board.

Speaking with Cointelegraph, Brett Callow, threat analyst at malware lab Emsisoft, provided some comments regarding spear-phishing attacks like CryptoCore did:

“Some phishing campaigns consist of non-targeted mass emails sent to a large number of people. Others, however, are crafted to target specific individuals – a company executive, for example. This known as spear phishing and, because the actor may have spent time collecting information about the individual being targeted, the emails can be extremely convincing.”

“Many security incidents and data breaches start with phishing emails. Phishing campaigns are typically designed to either collect logins – for example, by directing the recipient to a fake banking site – or to deliver malware via malicious attachments. In either case, the end result can be the same: a compromised network.”

CryptoCore is not the only headache for the exchanges

North Korean hacking team, Lazarus Group, targeted several crypto exchanges last year, as per a Chainalysis report. One of the attacks involved the creation of a fake, but realistic trading bot website that was offered to employees of the DragonEx exchange.

Recently, Cointelegraph reported on a study that warned of a massive phishing campaign that could be launched by Lazarus soon. This could allegedly target six nations and over 5 million businesses and individuals.