Someone Flipped an Ethereum Token for 100,000% Price Gains in Just 3 Days 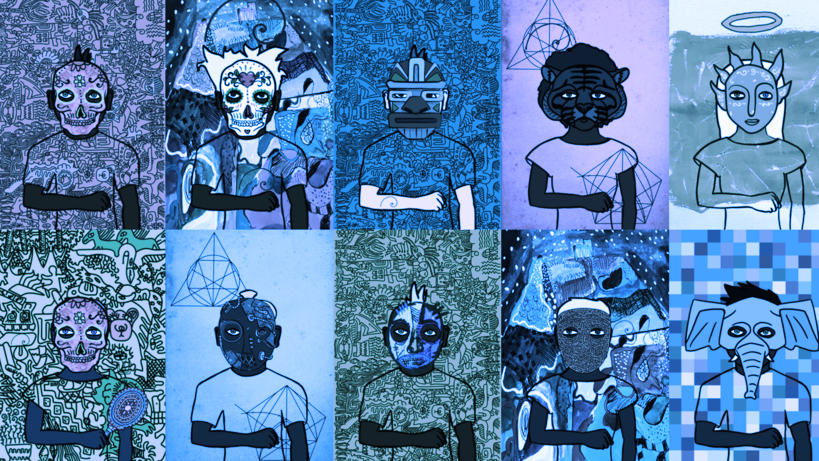 Hashmasks is a digital art collection of over 16,000 unique digital portraits, created by over 70 artists from around the world. By holding Hashmasks artwork, users accumulate NCT—the Name Changing Token which is native to Hashmasks—on a daily basis.

The piece of digital artwork was the first out of a 16,000-strong collection of Hashmasks (which are still being sold) and was bought for 0.1 ETH, a mere $130, on February 28. It was in the first tranche of sales, with each tranche increasing in price, as seen in the image below.

Westcoastbill seems to be a Hashmasks aficionado, having already bought about 30 distinct pieces of Hashmasks artwork just in the last 24 hours.

Last week, Westcoastbill also purchased some highly topical artwork, including this piece titled “The Day The Internet Fucked Wall Street. He purchased that piece from a seller named AlottaMone four days ago.

Aside from the scarcity of the actual digital artwork itself, Hashmasks pieces also allow users to name their work. This is done via the Hashmasks’ native Name Changing Token, making the artwork publicly visible and identifiable on the Ethereum blockchain.

In addition to the rarity of the artwork itself, the names of Hashmasks artwork themselves are also relevant. “Above all, the control of the rarest of all traits—the name—is given to the full extent to the consumer,” the website says.

WallStreetBets Is Not Trying to Short-Squeeze Silver. Here’s Why

The strategy promises to change the way in which non-fungible tokens are understood. The actual scarcity of the artwork itself may no longer be the only reason these pieces have value. Now, consumers can also play a role in giving digital artwork value by giving these rare artworks names of their own.