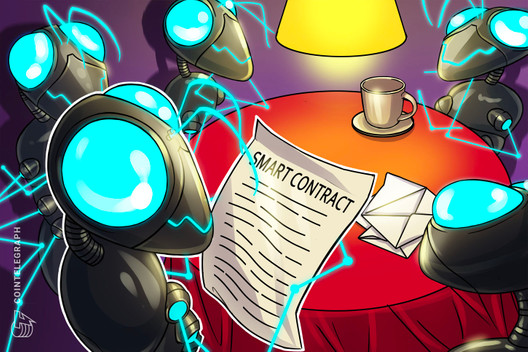 In order to bring the cross-platform language to the Corda platform, Digital Asset partnered with international tech firm IntellectEU, the firm announced on July 27.

At launch, DAML on Corda will be initially available for testing and development, while production use is scheduled for the third quarter of 2020. Critical deployments for enterprise features are expected by year’s end, IntellectEU said.

Corda is a major blockchain platform for businesses

Introduced by R3 in 2016, Corda is one of the world’s most popular blockchain platforms enabling businesses to transact directly and in strict privacy using smart contracts. The open source platform is being used by a wide number of high-profile companies and banks around the world, including stock exchange Nasdaq, Japanese SBI Holdings, the Bank of Thailand, the Hong Kong Monetary Authority, and others.

By introducing the DAML language to Corda, IntellectEU significantly expands the platform’s interoperability with other blockchains as the language is already integrated with Hyperledger Fabric and VMware Blockchain. Thomas Bohner, vice president at IntellectEU, says that DAML is the “easiest and most robust way to develop distributed applications.” Bohner continued:

“This new offering brings the power, flexibility, and time to market advantages of DAML to the widely-adopted Corda platform […]. Clients can move their DAML applications between platforms without recoding, eliminating vendor lock-in and de-risking complex programs.”

In mid-July, Digital Asset announced that software company VMware joined the company’s Series C financing round, which was revealed in late 2019. In February 2020, venture arms for tech giant Samsung and CRM company Salesforce invested in a second Series C funding round for Digital Asset. As announced in December 2019, the funding round brought the total amount raised by Digital Asset to $150 million.