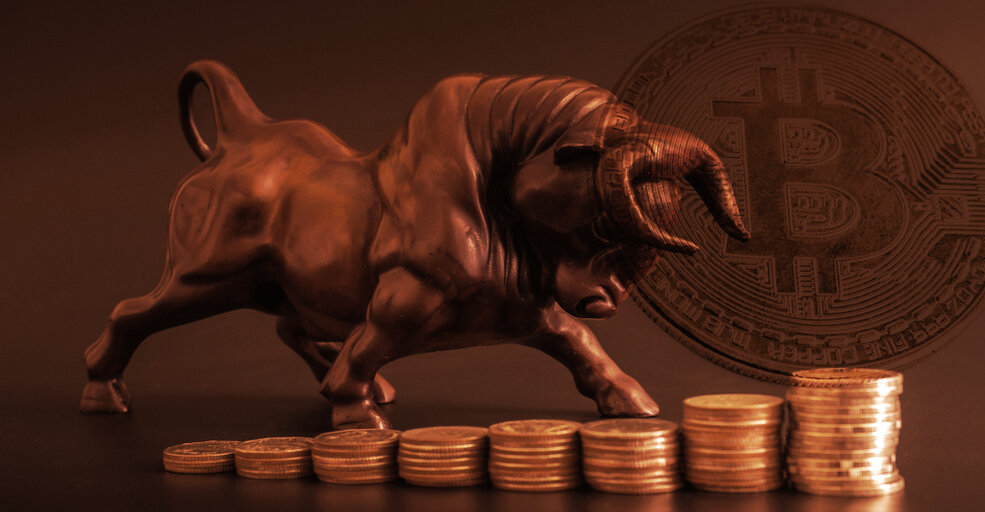 Institutional investment into Bitcoin could push the cryptocurrency’s price up to $500,000, according to Skybridge Capital COO Brett Messing—unless the coin remains a very niche asset.

Skybridge Capital is an investment advisory firm with over $7 billion in assets under management and is run by former White House communications director Anthony Scaramucci. It launched its Bitcoin fund on January 4, with minimum investments of $50,000.

But a price of half a million dollars depends on whether or not institutional investors keep buying Bitcoin. If institutions continue to purchase Bitcoin, Messing said the price will surge past the $150,000 bracket, and do so easily.

“It’s just hard for me to see how you can justify Bitcoin being worth $150,000, because it doesn’t get there without institutions, so they stop buying? Morgan Stanley is going to buy for their clients but Goldman Sachs isn’t? It doesn’t seem possible to me,” he said.

In August of last year—when Bitcoin was worth about $11,000—business intelligence firm MicroStrategy announced its first foray into the cryptocurrency. The firm’s initial purchase of $250 million is largely understood to have kickstarted a new wave of institutional investors that are all pushing Bitcoin’s price up. And despite all the coins on offer, they seem mostly focused on Bitcoin.

“Well don’t look and say ‘well Compaq is cheaper,’ no no, just go buy the leader. In every case—regardless of valuation—if you buy the leader, you have been rewarded richly,” he said.

He pointed to Bitcoin’s market cap dominance, which currently sits at 63%, arguing that this trend will continue. Messing said, “The challenger, when it vanquishes the incumbent, it doesn’t get the same market share as the incumbent, it gets a lot more, because it has so much more to offer.”