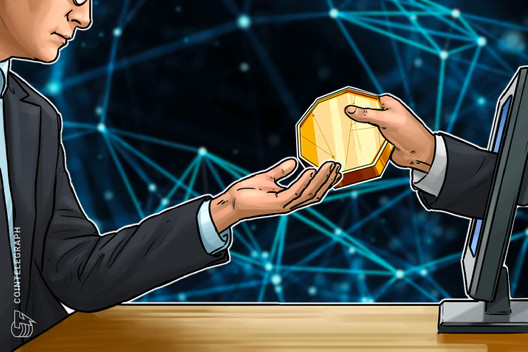 The Singapore-based exchange will enable a new P2P lending feature in two weeks through its TomoDEX’s platform.

Singapore-based cryptocurrency exchange TomoChain will launch a peer-to-peer, or P2P, lending feature in two weeks through its TomoDEX’s platform.

According to an announcement, TomoDEX is the first decentralized exchange, or DEX, powered by the layer 1 protocol TomoX — which will have a maximum of 150 DEXs running on it. It’s currently in soft launch with spot trading enabled. The DEX boasts a reported speed of 2,000 transactions per second.

Long Vuong, CEO of TomoChain said the P2P lending feature does require a trusted custodian and there will be no information asymmetry:

“All functionality is handled through auditable smart contracts and secured by the TomoChain blockchain. The P2P lending service uses a unique and familiar spot trading order book approach to provide fixed-term USDT loans of 1, 7, 30 and 90 days based on interest rate and position. Borrowers can flexibly back their loans through a choice of collateral too, including BTC, ETH & TOMO.”

Vuong said the platform “is entirely permissionless and has no centralized component, unlike most other hybrid-DEXS”.

He further stated that ,as its functionality is integrated directly into the base layer of the TomoChain blockchain, TomoDEX can operate at the same speed as the chain:

“Users get a fast trading experience, close to that of any centralized exchange without the downsides of trusting a third party.”

TomoDEX users do not need to hold the company’s native token, TOMO, as trades are wallet to wallet and entirely on-chain. The Know Your Customer process is optional for any DEXs launching on TomoX:

“TomoDEX is a facilitator that does not custody user funds or manage user accounts in any way unlike that of a traditional centralized exchange, so the onus is on the trader to be responsible for reporting gains and losses in their local jurisdictions. That said, we will observe and abide by crypto regulations as they form, and comply as is required.”

Looking ahead, TomoChain told Cointelegraph that they would be listing other native blockchain tokens soon.