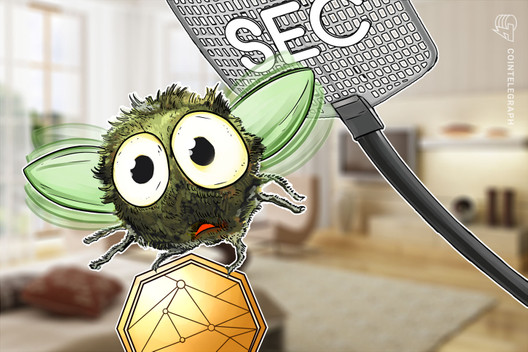 An SEC suit against the operators of a $30 million allegedly fraudulent ICO has been stayed pending the conclusion of parallel criminal proceedings.

A judge has granted a motion from the U.S. attorney’s office to pause the SEC’s action against Edit Pardo and Boaz Manor for their involvement in the alleged $30 million crypto investment scam CG Blockchain.

United States District Judge Stanley Chesler cited a parallel criminal investigation into Pardo and Manor in granting the motion to stay the Security and Exchange Commission’s action, reasoning that halting the suit until the conclusion of the criminal proceedings “would best serve the interests of justice”.

“A stay would strike the proper balance between the competing interest of allowing the parties to pursue civil litigation versus the public interest in protecting the government’s efforts to enforce the criminal laws,” wrote Judge Chesler.

The prosecution argued in favor of the stay to prevent Pardo and Manor from obtaining material through civil discovery that would not otherwise be available to them under the narrow scope of criminal discovery, a sentiment echoed by Judge Chesler.

Manor and Pardo, both Canadian citizens, are each charged with one count of securities fraud, one count of conspiring to commit wire fraud, and three counts of wire fraud.

From August 2017 until September 2018, the defendants are accused of issuing fraudulent and unregistered digital asset securities called BCT tokens to hundreds of investors in the U.S. and worldwide.

The pair are said to have raised at least $30 million through an initial coin offering (ICO) ostensibly to fund the development of technology solutions for hedge funds and institutional crypto traders.

The SEC’s complaint alleges that Manor lied to BCT investors about his identity, criminal background, and role in the business, in addition to Pardo’s role in the company, the composition of their management team, and falsely claimed that their technology was being used by 20 hedge funds.

In 2012, Manor accepted a lifetime ban on operating in the securities industry after being convicted for fraud relating to the collapse of a Toronto-based hedge fund he co-founded. Manor served four years jail time for his conviction in the $106 million scam.