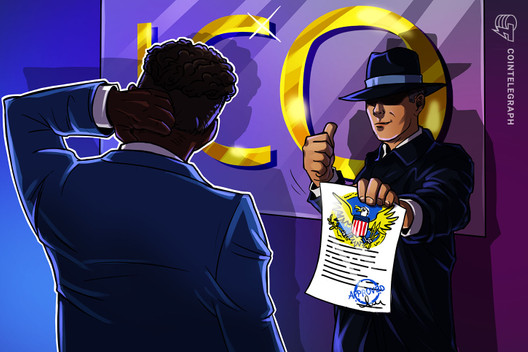 In a May 28 announcement, the SEC announced charges against the California-based cryptocurrency startup. The regulator found BitClave to be responsible for selling unregistered securities in its initial coin offering. Chief of the SEC Enforcement Division’s Cyber Unit Kristina Littman commented:

“Issuers of securities, traditional or digital, must comply with the registration requirements of the federal securities laws. […] The remedies ordered by the Commission will provide meaningful relief to investors in this unregistered offering.”

The SEC said, “BitClave agreed to settle the charges by returning proceeds from the offering and paying additional monetary relief to be distributed to investors through a Fair Fund.”

In October 2017, BitClave announced its plans to compensate internet users for their data which could be used for advertisement targeting.

The company also claimed that its system could allow for a reduction in the cost of online advertisement thanks to eliminating the middlemen.

Now, the SEC concluded that the money raised by BitClave through the sale of its Consumer Activity Tokens (CAT) to about 9,500 investors — including some in the U.S. — was an unregistered security offering.

The regulator claims that the firm’s promotional materials caused investors to expect token appreciation thanks to the work conducted by BitClave:

“BitClave planned to use the ICO proceeds to develop, administer, and market a blockchain-based search platform for targeted consumer advertising. BitClave emphasized its expectation that the tokens would increase in value, and took steps to make the tokens available for trading on third-party digital asset trading platforms after the ICO.”

The SEC published a framework to help market participants ascertain whether or not a digital asset is a security in April 2019. According to those guidelines, when an asset is expected to appreciate thanks to work conducted by others then it can be reasonably expected to be a security.

BitClave also agreed to request the removal of CAT tokens from crypto exchanges. According to CoinMarketCap data, the firm’s tokens appreciated by over 23% over the last 24 hours and are currently only listed on crypto exchange YoBit. All the tokens remaining in the company’s control will be transferred to the fund administrator for permanent disabling.