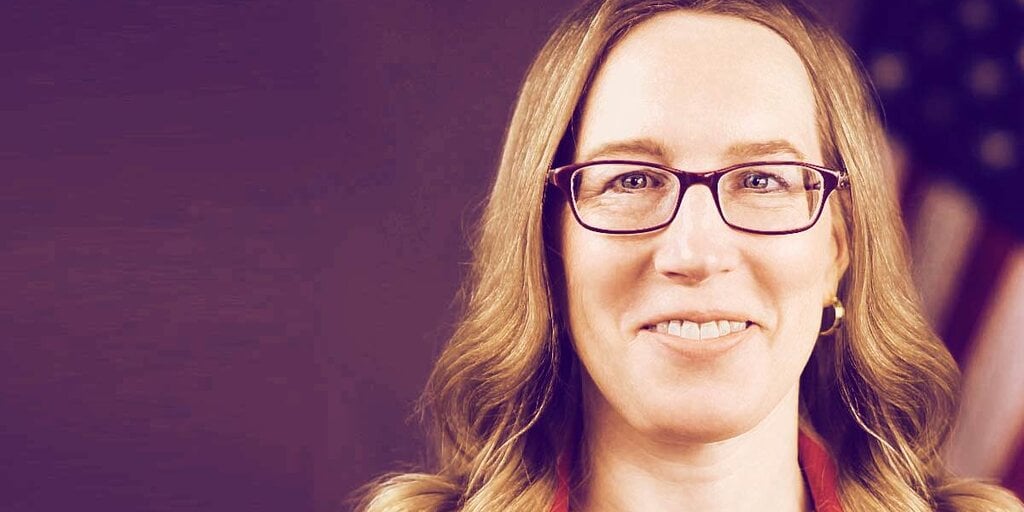 One of the five SEC Commissioners, Hester Peirce—known in the blockchain industry as ‘Crypto Mom’ thanks to her support of progressive crypto legislation—says the US needs to play catch-up in the realm of cryptocurrency regulation—lest it lose its competitive edge to other jurisdictions around the world.

Speaking with Decrypt media partner Forkast, Peirce said that the current regulatory regime can be stifling to home-grown innovation in the crypto space. The rigidity of the Howey Test, which emerged from a 1946 case, in determining if something is or is not a security is one of her chief concerns.

“I think it’s really making it impossible for a project to get started without falling into that Howey definition,” she said, adding that the Howey Test has “been a quite useful framework for us to think about whether an investment contract is, in fact, a security. But it does lead to some really interesting questions about whether things that none of us might have thought are securities actually are securities.”

Instead, Peirce proposes a three-year safe harbor for crypto startups to have token sales. This period would give those companies time to achieve a level of decentralization to potentially pass the Howey Test.

“So I think we really need to do a little bit of soul searching to say, well, if we’re if we’re applying this test in this way and the crypto context, have we been misapplying it in other contexts?” Peirce said. “And is it much broader than we actually thought? There’s a chance that Congress might come in and say, ‘Hey, we want you to think about tokens in some other way than through the Howey lens’.”

As one of five SEC Commissioners, Peirce has been nominated for a second term, pending confirmation by the Senate.

Over the course of Peirce’s first term, the SEC cracked down on a number of cryptocurrency firms over initial coin offerings (ICOs), including Telegram, Enigma and Dropil.

This month, the SEC turned its attention to Abra, a California-based crypto company that let users trade tokenized versions of stocks and foreign currencies—signaling to some legal experts that a crackdown on decentralized finance (DeFi) is in the offing.

The SEC killed ICOs. DeFi could be next

Peirce stressed that she’s approachable, and wants to work with firms to help them understand the law and potentially pivot so their project remains in compliance. “Please come talk to me about where you think the regulations are preventing you from doing what you want to do,” Peirce said.

She added that the emerging DeFi space “asks us to reimagine it entirely; how finance is done and if it moves us away from a world where we as a regulator are dealing with a few specific entities that play a major role in the financial system. Well, that’s the point from the people who are innovating in this space. But it also does make our job more difficult if something does go wrong.”

For the crypto community, one of the most intriguing possibilities is a pathway for SEC Commissioner Peirce to become Chairwoman Peirce, with CoinDesk laying out a timeline where Peirce could be confirmed into this position.

If current SEC Chairman Jay Clayton is confirmed to the position of Attorney for the Southern District of New York, and that requires the consent of the Senate, Peirce would slide into the role as SEC Chair. Traditionally, the acting chair is the most senior commissioner who belongs to the same party as the President—and that would be Peirce, a Republican.

DC drama aside, there’s still a possibility that Peirce could end up as Chair of the SEC. Were that to happen, there would be a trifecta of crypto-friendly faces running America’s most important financial regulators — the SEC, the CFTC, and the Office of the Comptroller of Currency.

Then, the world of crypto regulation could see some sweeping changes.