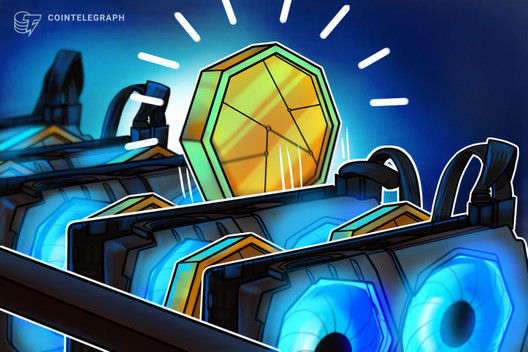 According to an early Bitcoin dev, Satoshi prepared several versions of GPU mining code to defend Bitcoin against a 51% attack.

Satoshi Nakamoto had pre-invented Bitcoin (BTC) GPU mining in order to defend the network, says early Bitcoin developer who worked with the Bitcoin creator in 2010.

Laszlo Hanyecz, who is known for making the first real-world Bitcoin transaction, has also been credited with inventing Bitcoin GPU mining. However, in a Cointelegraph interview, he said that not only Satoshi had invented it before him, but he also had several versions of the algorithm.

“Hey, go slow with this”

According to Hanyecz, one of the first emails he received from Satoshi was a response to the post where Hanyecz described his GPU miner. Satoshi was not too happy about it:

“Hey, can you go slow with this? <..> Look, I don’t care if people hoard the Bitcoin, I don’t care if the wealth is concentrated. But right now, the big attraction is that anybody can download Bitcoin and start mining with their laptop.”

Haneycz thinks that Satoshi very well knew that Bitcoin mining would eventually turn into an industry, but he wanted to delay it so as not to hamper adoption. When Hanyecz emailed Satoshi apologizing for “creeping up” on his project, Satoshi told him to just let the post thread die.

Satoshi was paranoid about 51% attack

On another occasion, Hanyecz emailed Satoshi his GPU miner code, Satoshi shared with him his version of the code that he had prepared in case of an adversarial attack on the network, something that Hanyecz believes Satoshi was paranoid about:

“And he actually shared with me his version of it. So even though it wasn’t in Bitcoin, he did have GPU mining code and he said he was just keeping it ready in case he had to defend the network with it.”

Apparently, Satoshi had several versions of the code, however, Hanyecz’ performed better:

Sergio Demian Lerner, whose research into Satoshi’s mining allowed with a high degree of certainty to identify the blocks that were mined by the Bitcoin creator, told Cointelegraph that it is possible that Satoshi used GPU mining. At least, on the surface, it would not contradict his findings. He believes that the answer may lay in the “helix” starting at block 1400, but he would need to conduct additional research to verify it.

The fact that apparently Satoshi had thought of GPU mining before launching the network, provides additional evidence that the Bitcoin project was years in the making.