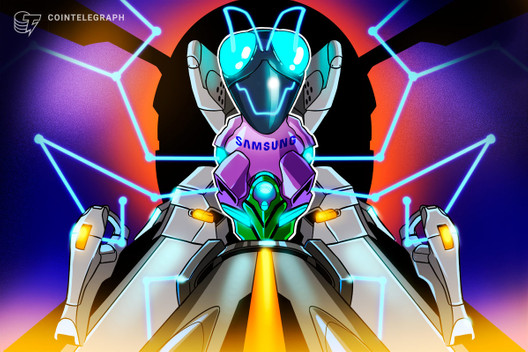 Although the company made no official announcement, South Korean tech conglomerate Samsung Electronics seems to have been appointed a new Vice President in its AI PM Group / Blockchain Dev Group.

Woong Ah-yoon, a former chief architect of Blockchain Solutions for Healthcare and Life Sciences at IBM, recently updated his LinkedIn profile with the new role. However, according to the information provided, he has been reportedly holding the position since January 2020.

According to the local media Fn News, Woong will expand and reorganize the Blockchain Task Force division of Samsung, which currently operates as a temporary organization within the wireless division of the tech titan.

Ah-yoon will be in charge of overseeing blockchain development and business under a brand-new blockchain-related vision of Samsung.

Woong’s appointment may be due to his previous experience with IBM’s healthcare division. Fn News believes the new vice president could strengthen one of the three primary services of the Samsung Galaxy smartphone — Samsung Health.

There are unconfirmed rumors that Woong could be leading the strengthening of Samsung’s blockchain-based health management service, Limbo, as well. Limbo rewards users after completing a walking or running mission every day.

However, when the local media reached out Samsung for official statements regarding the new blockchain leadership, they provided the following comment:

“We can’t confirm information related to the internal organization and human resources.”

Samsung Electronics has been showing signs of wanting to strengthen their blockchain development and diversify its products by improving the crypto-friendly environment within their services.

Cointelegraph reported on March 26 that the tech giant had created a new standalone turnkey security chip that secures cryptocurrency transactions on smartphones and tablets.

In February, Samsung unveiled its latest smartphones series, the Galaxy S20, which improved on the integrated blockchain security features introduced in 2019.