Sales of virtual land are going through the (virtual) roof

Sales of virtual land are going through the (virtual) roof 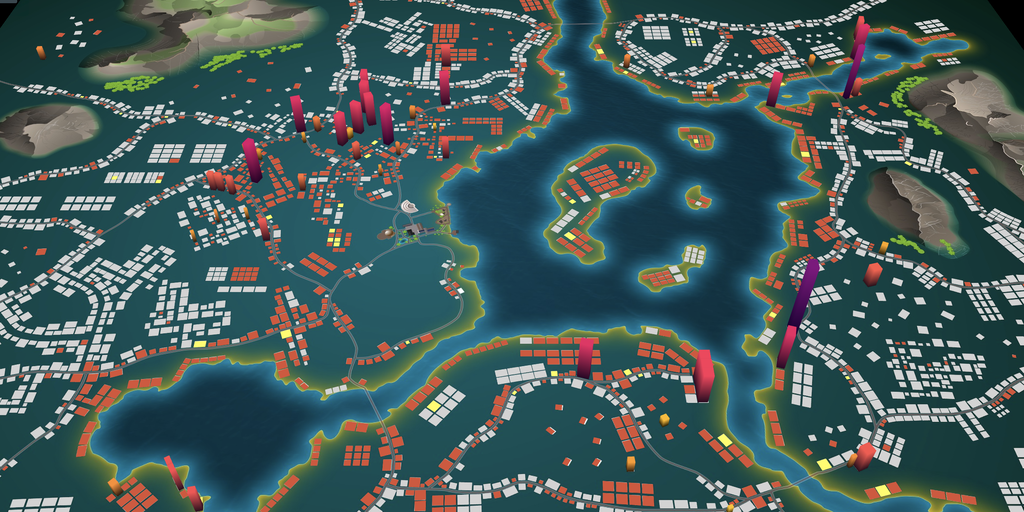 Sales of virtual land in a working decentralized economy called Somnium Space are selling like digital hot cakes. In the past ten weeks, hundreds of land parcels in the virtual world have sold for a total of $470,000. The dapp currently tops the charts at comparison site Dapp Radar.

The value of land in Somnium Space has been doubling in recent weeks. Users can buy land and build on it, manage, rent and sell land parcels via the in-game currency, CUBE, and there are other ways to generate an income too.

Earlier this month, L’Atelier, part of the BNP Paribas Group, identified a $100 billion market in the so-called virtual economy, composed of video games and virtual worlds, such as Somnium Space, Decentraland, and The Sandbox. The sector now has 2.5 billion users, and is growing at an extraordinary pace, as people hunt for virtual ways to earn real income and deliver traditionally offline experiences, online.

It’s a trend that’s been picked up by the mainstream video games industry. Atari signed up with The Sandbox to build a virtual theme park, and has launched its own token, to enable players to buy and sell and trade assets; Japanese gaming giant Square Enix invested into blockchain VR world The Sandbox, and Ethereum-based VR world Cryptovoxels has also received investment interest.

While blockchain VR world Decentraland is probably the most well-known blockchain world, and Crypto Punks received much attention when it first launched, Somnium Space has come out of nowhere to top the list. Here’s all you need to know.

Top of the Dapps

Somnium Space launched in 2017, partnering with Sony to access its unrivalled store presence, and human-like avatar tech. It integrated with the Ethereum blockchain in 2019, allowing users to own their in-game assets—represented by non-fungible tokens—and trade them via its partner, decentralized marketplace OpenSea.

“Our ultimate vision is to build the cornerstone for the next level of communication, e-commerce, entertainment and a place to live. We are building the platform for citizens to build on,” per its white paper.

The startup’s first Initial Land Offering (ILO) was in October 2019, and first saw Sominum top the dapp ratings. With its latest sale, which finishes on May 28, 2020, the startup has already doubled the amount of money raised in its first ILO. Another land sale is planned for October.

During final week of #Road2Slo, @SomniumSpace, the open, persistent #VR world, sold #NFTs #VRLand for close to 800 ETH on @OpenSea

From this month, the price of the cryptocurrency begins to increase by 25% each quarter until the end of March 2021, after which its exchange rate will be purely market driven.

Other ways to profit, virtually

Users can profit in other ways from their involvement too. Songwriters can earn revenue from having their music streamed throughout virtual worlds; photographers can have their images on the walls of virtual homes, for a fee, and property owners can buy scripts (programming codes) such as one for an arcade game, which can be installed in a virtual pub and generate income.

Somnium Space even has its own programmatic advertising, connected with the largest advertising networks, through its partner, Admix. Users can place branded items in their property, and get paid by advertisers each time anyone interacts with that item.

It has its own transport system, for long distance travel, with teleportation paid for with CUBEs, and the option to buy a teleportation terminal or rent one.

The assets are represented by digital tokens on a blockchain and payments are directly transferred to the owner without a middleman.

According to its whitepaper, the startup is working on a shedload of exciting features in 2020, including eye tracking and “smell features from multi-sensory masks,” and the “world’s first” mobile app to integrate VR with the non-VR space. Its desktop VR world is compatible across different platforms—Oculus, Vive, GearVR—but users don’t need to use VR.

The coronavirus pandemic is only intensifying this digital land grab. Increasingly, blockchain-powered video games, such as League of Kingdoms and Brave Frontier Heroes are also offering digital land to their players.

Why Decentraland is more than just Minecraft with crypto

Decentralized platforms, and non-fungible tokens (NFTs) were highlighted as the most interesting aspect of the new virtual economy by L’Atelier CEO John Egan. His reasoning was simple:

“They are creating economic infrastructure that adds value to virtual assets in a way that nothing else ever really has.”

Maybe blockchain does have a purpose, after all.

Original Source: Decrypt Sales of virtual land are going through the (virtual) roof