Russia May Lift Telegram Ban Due to Coronavirus Outbreak 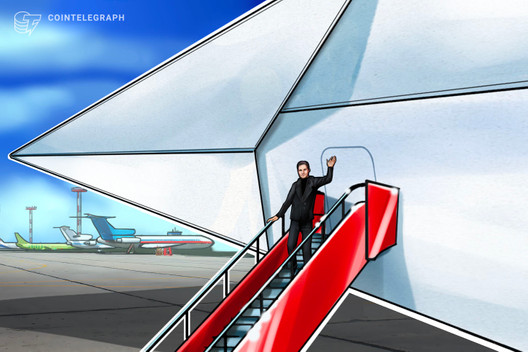 Russian officials have proposed lifting the Telegram ban after the app’s creator Pavel Durov agreed to collaborate with the authorities on tackling coronavirus.

After years of unsuccessful efforts to block Telegram in Russia, the country’s government is now considering lifting the ban due to the coronavirus outbreak.

According to an April 22 report by Russian news agency Kommersant, two deputies at the State Duma have prepared a draft bill on terminating the ban of Telegram’s encrypted messenger app in Russia.

If you can’t beat it, join it

In the bill, the State Duma deputies reportedly argued that Telegram has become an “official service” used by state authorities to raise awareness about the measures to mitigate the COVID-19 pandemic.

The officials elaborated that local coronavirus situation rooms in Moscow are spreading crucial information about the deadly virus via Telegram despite the messenger being formally banned in Russia since 2018.

The draft bill reportedly emphasizes that multiple failed attempts to ban Telegram in Russia have made the government look bad. As reported by Kommersant, the draft bill reads:

“In most cases, Telegram works for Russian users without any hindrance. There is a wide number of free services that allow to easily bypass the ban. Therefore, further declarative ban of the messenger is damaging the prestige of the authority of the State, not the development of Telegram.”

The deputies reportedly sent the bill to Russia’s new prime minister Mikhail Mishustin as well as the country’s Ministry of Digital Development, Communications and Mass Media.

The news comes subsequently after Telegram creator Pavel Durov made a public announcement regarding the coronavirus situation. In a Telegram post, Durov revealed that the privacy-focused app is now making an exception to cooperation with government officials to help spread information about the virus. This month, Telegram verified and promoted 17 official news sources, representing the Ministries of Health in 17 countries. Durov wrote:

“The current pandemic is a threat to our entire species. When it ends, the world will not return to normal. We may witness a civilizational shift that will ripple through generations. It is up to all of us to ensure that the new world about to be born is a better place than the one we’re leaving behind.”

A new chapter in the saga

If passed, the bill would be a major milestone in the long-running confrontation between the Russian government and Telegram. Back in 2018, Telegram refused to hand over the encryption keys to user accounts, with Durov declaring that the messaging company would “stand for freedom and privacy.” In response, Russia’s government announced that the app would be blocked in the near future.

Despite numerous attempts to do so, the app remains accessible in Russia to this day.