Rune Christensen of MakerDao: "CeFi and DeFi will eventually merge” 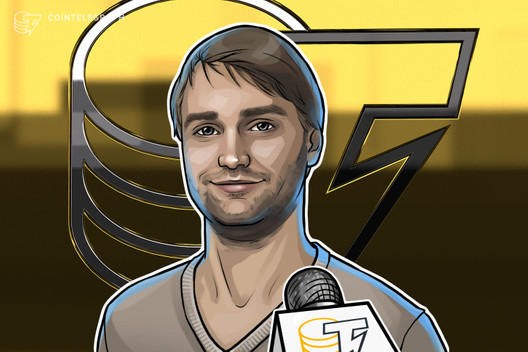 MakerDAO founder, Rune Christensen, explained the measures taken by the Maker Foundation to prevent future failures in Maker’s protocol and predicted the future merger of DeFi and centralized finance.

How to prevent future meltdowns

In order to prevent a repeat of the Black Thursday meltdown, Maker’s governance addressed the bug that allowed a number of users to win liquidation auctions posting 0 DAI in return.

Christensen said that the auction’s bid duration has been increased to six hours, which means that auction participants will have more time to make their bids in the event of network congestion. These changes should prevent auctions with zero bids from happening.

He also pointed out that adopting USDC as an additional collateral will decrease the system’s dependence on Ethereum fluctuations, thus making it more stable.

Responding to criticism around the centralized risk entailed in the adoption of USDC, a dollar-pegged centralized stablecoin, Christensen points out that adding additional collateral types based on real world assets is necessary to maintain the stability of the MakerDAO protocol.

“You can’t just rely on decentralized assets that all have essentially the same business models which used to be to run on a blockchain transaction network.”

He added that the final goal is onboarding “thousands of real assets that all have different custodians with different security models and then are based in different jurisdictions so that you’re not too exposed to one particular political or legal system”.

The path towards full decentralization

Talking about future goals, Christensen pointed out three main milestones that MakerDAO needs to implement  in order to achieve “full decentralization”. The first is developing a system that will allow the Maker protocol to autonomously hire and pay developers who will be taking care of day-to-day operations. The second is creating a decision-making system which will determine the protocol’s governance and future upgrades. The third is allowing Maker holders to delegate their voting power to those among them who are more active in the governance process.

Once those three milestones are achieved, the Maker foundation will dissolve, leaving the protocol in the hands of the community.

The future of DeFI and centralized finance

As reported by research firm Credmark, DeFi lending is still a small niche within a market largely dominated by centralized lending platforms. Commenting on the data, Christensen points out that “it is still the very early days” for DeFi.

According to Christensen, DeFi will eventually merge with centralized finance.

“What’s currently known as CIFi will become the front end and sort of the access points to the various DeFI protocols (…) You will have a custodian that you trust and then that custodian interacts with the DeFi protocols for you.”