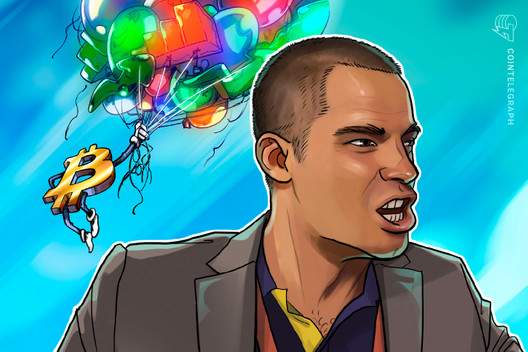 Bitcoin Cash advocate, Roger Ver, claims he spent thousands of dollars on individual Bitcoin transaction costs in the past.

“I paid a thousand dollars in fees for a single transaction on the Bitcoin network, more times than I can count,” Ver said in a video posted by Bitcoin Meme Hub on Twitter.

Bitcoin forked in 2017, causing a difference in fees and speed

Bitcoin’s chain split into Bitcoin Core and Bitcoin Cash in 2017, dividing a chunk of the community after disagreements over the asset.

Proponents of big blocks wanted faster transactions at lower cost. Those folks veered off with the BCH side of the fork. Bitcoin Core advocates wanted to keep a lower block size, partly to help BTC remain decentralized.

The Bitcoin Cash community saw even further divide in 2018, when BCH itself split into Bitcoin Cash and Bitcoin Satoshi’s Vision (BSV).

A well-known name in the crypto industry, Roger Ver has argued the point of fees and usability many times, often lobbying that BTC is too slow, expensive, and unable to scale.

On April 7, Reddit user, Braclayrab, posted that, “If everyone on BTC wanted to move their coins, it would take 165 days.”

“That’s almost six months,” Ver said in an April 9 video response to the Reddit post. “Does that not seem crazy to anyone else.”

Users saw similar difficulties near the peak of Bitcoin’s $20,000 bull run in 2017 and early 2018, when transactions stalled amid soaring fees. Ver has often riffed on the concept of Bitcoin Core being a slow and expensive network, pointing toward BCH as an alternative.

In contrast, BTC proponents, such as programmer Jimmy Song, often mention the other side of the table, in keeping BTC decentralized through smaller blocks.