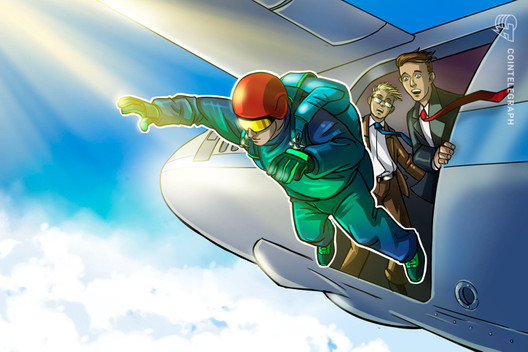 With no formal announcement, former CME exec Miguel Vias has quietly left his role as Head of XRP Markets for Ripple Labs.

Ripple looks to have lost its second executive of 2020 after Head of XRP Markets, Miguel Vias, updated his LinkedIn status to signal the end of his tenure with the company.

Vias joined Ripple in late 2016 after a five year role as CME Group’s Global Head of Precious Metals Options. In his three and a half years at Ripple, Vias was in charge of devising a partnership strategy for xRapid, and oversaw XRP sales exceeding $1 billion in value.

The sudden end of his employment at Ripple was not announced formally by the company, and Vias did not respond to Cointelegraph’s request for comment.

Rumours concerning Vias’ departure from Ripple have been floating around XRP message boards since the summer of 2018. Ironically, the last message Vias ever posted to his Twitter profile is from Nov 14, 2019, where he informed followers that he was still at Ripple, and didn’t plan to leave.

The last tweet sent by Vias was a reminder that he still worked for Ripple, and didn’t plan to leave. Source: Twitter

According to his LinkedIn profile, Vias was at the helm of XRP Markets for one of the most fruitful periods in the coin’s history. A little over twelve months after joining, XRP struck an all-time high of $3.84 in Jan 2018. Quarterly XRP sales increased through much of 2018 and 2019, however Q4 of 2019 saw an 80% drop off from sales in the previous quarter.

Some older web documents still refer to Vias’ former job title at the company – Head of Ripple Markets. The terminology changed beginning in 2018, as regulatory concerns saw Ripple (the company) attempt to separate itself from XRP (the coin).

Numerous Ripple executives left the company during that time period, including Cory Johnson, Dan Morgan, and Catherine Coley – who is currently the CEO at Binance.US. Internet chatter speculated that concerns over XRP’s status as a security were the reason behind the departures, however, no clear sign that this was the case has emerged.

On January 2, 2020, engineer Evan Schwartz announced his departure from Ripple after six and a half years with the company. The Ripple veteran led the creation of the Interledger Protocol (ILP) – the technology which underpins the XRP blockchain.
Recently, Ripple Labs and its CEO, Brad Garlinghouse, filed a lawsuit against Youtube for its failure to stop a series of repeated XRP “giveaway” scams. The plaintiffs allege Youtube knowingly aided the scammers, and contributed to irreparably harming the image of both Ripple Labs and Brad Garlinghouse.