Ripple [XRP] is Just 3 CENTS Away From Reversing Mega Gains of 2017; Will Brad Intervene? 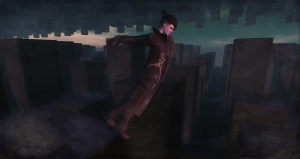 Will Brad Intervene?Not surprising, Ripple (XRP) has been under immense sell pressure in the last half-year and today’s drop below 17 cents and Dec 2019 lows spell another low for the third-most valuable coin.

It has also posted losses against Bitcoin but is up against ETH, which is on a free fall, adding 8 percent against Vitalik Buterin-co-founder currency.

As prices drop, traders also noted that associated volumes were high. From different coin trackers, XRP-related volumes are up 35% in the last trading day, highlighting how ferocious bears have been.

As bears pushed prices below Dec 2019 lows amid high trading volumes to current spot level, 15 cents, holders of the coin are confounded with the idea that all the massive gains made in 2017 have almost been reversed.

Amid the massive crypto rally of 2017 induced by the ICO-mania and investor exuberance, XRP, like Bitcoin, soared. At peaks, the enterprise-focused coin traded at $3.32.

However, with bears taking charge, XRP has slumped 95%. Still, XRP is the most valuable coin after Bitcoin and ETH, with a market dominance of 4%.

Even in the depth of bears, Brad Garlinghouse is confident of Ripple and XRP.While they are accusations of Ripple “dumping” on holders as they fund projects and expand XRP user case through XPring, the CEO recently divulged that the company plans for an IPO in the next year.

Also, in an interview with CNN, he said it wasn’t in their best interest to see XRP prices crumble. Ripple is the largest holder of XRP and has embarked on a decentralization strategy, even pausing programmatic sell-off of the coin via exchanges to steady prices.

The reaction from the community has been mixed but some are optimistic that this is net positive and in the long term draw demand for XRP.

With this capitulation, USDT’s market cap has surged to $4 billion, $2.7 billion shy from XRP, which is lodged at third.

Tether (USDT) has flipped Bitcoin SV and Bitcoin Cash, both of which are Bitcoin’s spinoffs.

Tether is a stablecoin, and as prices fall, it is the much-needed shield during times of heightened volatility.