Ripple (XRP) Deepens at the Oversold Region ($0.26) as Buyers Fail to Emerge

On the 4-hour chart, Ripple (XRP) is making a series of lower lows and lower highs as the market descend to a low of $0.26.

In retrospect, XRP was earlier in an upward move as the bulls took the price to the high of $0.34. The uptrend could have reached a high of $0.40 but Ripple reached the overbought region of the market. Later, sellers emerged as the coin made a gradual fall. At first, XRP dropped to the low of $0.28 but was defended by the bulls.

Ripple made an upward move to retest $0.30 resistance. The resultant effect was a breakdown as the $0.28 support was breached. Nonetheless, Ripple’s upward move may be temporally suspended as price falls to the low of $0.26. Subsequently, the downward move may extend to a low of $0.24.

Ripple Reaches the Oversold Region of the Market

On the daily chart, the price bars are below the 12-day and 26-day EMAs indicating that Ripple is in a downtrend zone. Previously, the price was above the EMAs as the bulls continued their upward move. Ripple is likely to revisit the previous low of $0.22 or $0.24 as the bears break the critical support of $0.28.

–The Stochastic Indicator:
Ripple is now below 20% range of the daily stochastic indicating that the coin is in the oversold region of the market. Nevertheless, in the oversold region, selling has been overdone as buyers are likely to emerge. At the current price level, if buyers emerge, Ripple will resume an upward movement. 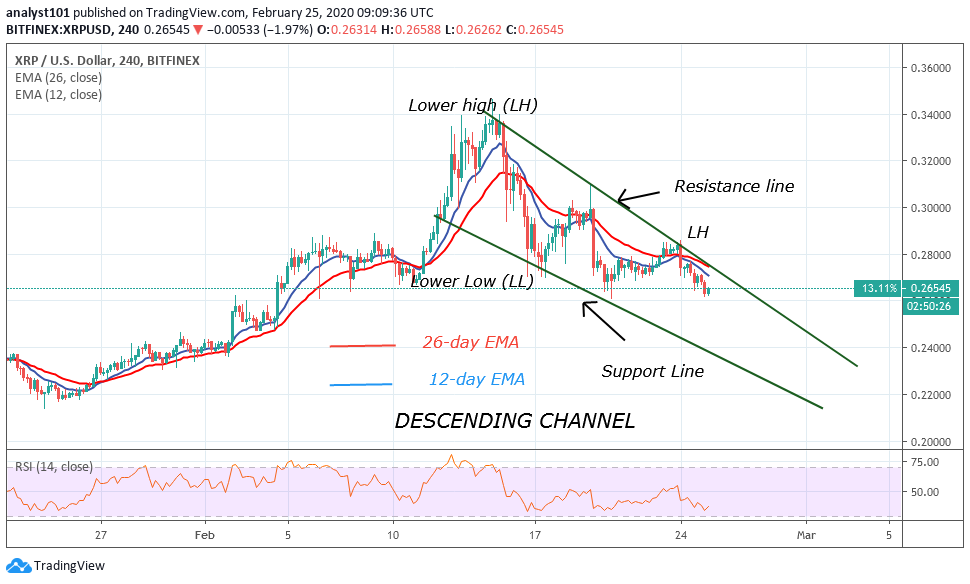 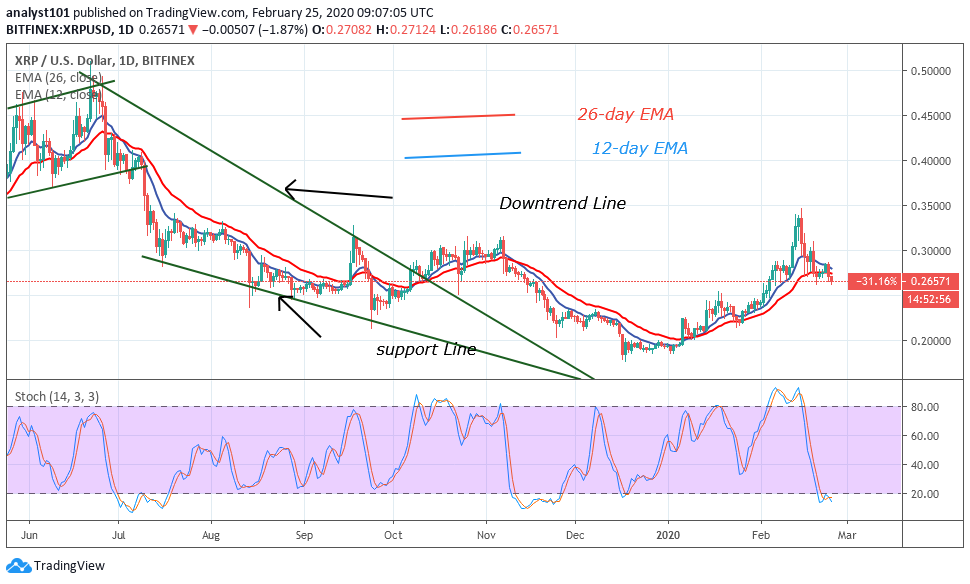