Ripple Price Analysis: XRP/USD Dances To The Sound Victory Drums, All Eyes On $0.30 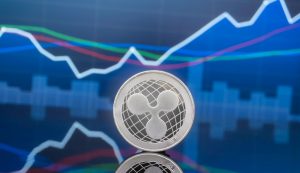 Ripple has come under heavy battering from the bears since week started. A lower high pattern had become the norm. The struggle to stay above $0.28 and $0.27 support areas did little to avert the too confident bears. For this reason, the break below the 23.6% Fib retracement level taken between the last drop from $0.3154 to a low of $0.2616 increased the downward momentum.

XRP explored the levels towards the recent support at $0.25. Fortunately, a low formed at $0.2616 became the foundation to the ongoing lethargic recovery. Meanwhile, XRP/USD is flirting with $0.2668. Marginally upwards is the first resistance at the 50 Moving Average on the 1-hour chart. Higher up, the broken support at the 23.6% Fib level has turned into a key resistance level that must be broken for XRP to revive the recovery towards $0.30.

The bullish action being nurtured at the moment is a result of a breakout above a relatively short term falling wedge pattern. The pattern is quite common in technical analysis and signifies a break from a continuous downtrend. However, it cannot be used as a trading signal on its own.

For instance, the current falling wedge pattern breakout is in tandem with the gradually ascending Relative Strength Index (RSI). The trading volume is also expanding to show that the buyers are increasing their entries ahead of the weekend session. Based on the existing technical picture, the American session and the weekend session ahead are going to be action-packed.

The post Ripple Price Analysis: XRP/USD Dances To The Sound Victory Drums, All Eyes On $0.30 appeared first on Coingape.