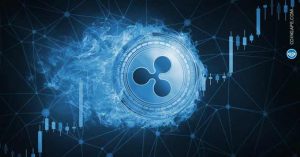 Jed McCaleb, the former co-founder of Ripple and the CTO of Stellar Network, now has a leeway to increase his annual XRP liquidation from 750 million a year to 1 billion in 2020 and 2 billion by 2021 in a deal that has now been made public. Now in their fifth year, the original deal permits the founder tech whiz to liquidate more of his XRP holding but at a slower pace since his threat to liquidate all of his XRP holdings back in 2014.

McCaleb, who is also the founder of the now defunct Mt Gox cryptocurrency exchange, is allocated a daily quota of XRP, a limit in which he is allowed to sell on the open market. Jed controlled 7.3 billion of XRP, an amount gifted to him for his Financial Innovation, following his decision to split away from Ripple back in 2014. 5.3 billion are under the custody of Ripple and the company is tasked with assigning him a daily limit for his liquidation. He donated 2 billion XRPs to a charity, DAF.

In a deal that prevented the collapse of XRP prices, McCaleb would sell his asset holdings over a seven-year period, helping stabilize prices.

Earlier, the terms of the deal allowed the founder to sell $20k worth of XRP per week in through to the fourth year but that was changed later in the year. In the revised deal, Jed was allowed to sell 0.75 percent of XRP’s daily volume in any other trading day.

However, it was observed that there was a sell-off spike from 40,000 to 752,076 XRPs, though when contacted he maintained that he was within his limits and not selling more than Ripple had stipulated. This marked sell-off was noticed and it affected the value transferred over the XRPL ledger in August 2019.

Lawsuits and Claims of XRP Dumping

Although supporters of the project term Ripple Inc lawsuits as “frivolous”, that should, nonetheless, be a concern to XRP holders. On one end, the company has been successful in attracting partners, with some adopting xRapid, the option that allows instantaneous and cheap settlement of fund transfer, on the other hand, despite their high-level deals, there has been regulatory uncertainty and limiting lawsuits. Besides, the US SEC is not explicit on their narrative on whether XRP is a security or a utility token like BTC and ETH. A section of the XRP trading community is also complaining that Ripple Inc is deliberately dumping on them.

This is predump video. First they release news to assure #xrpholders then dump. They are not selling #xrp to institutions but dumping because 1)they can’t list any institutions buying #xrp 2) institutions can’t buy #xrp without regulations. All are big lies.