Ripple executives had a word with Brazil’s central bank president 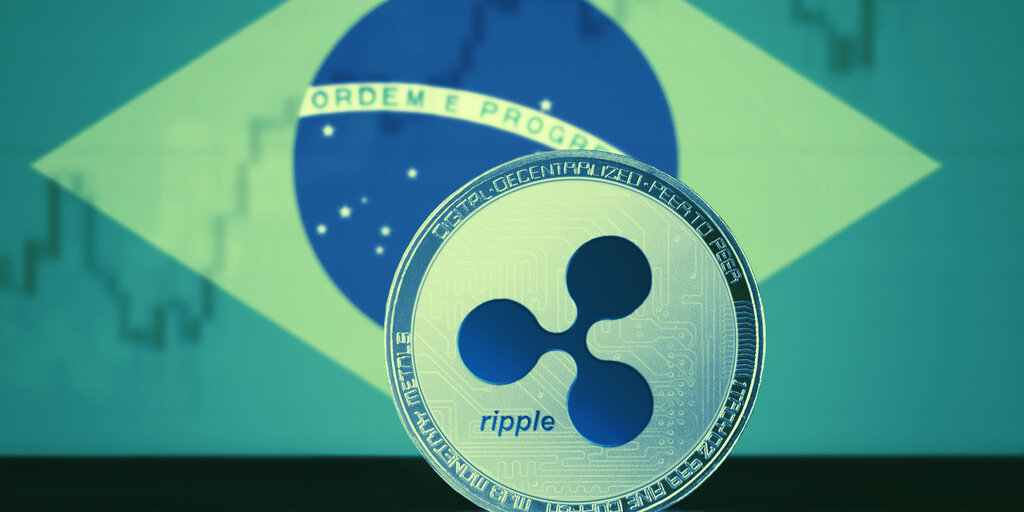 Ripple is expanding in Brazil, and its efforts in the country are becoming more noticeable.

According to the agenda posted to the official website of the Central Bank of Brazil, the bank’’s president, Roberto Campos Neto, met last week with several representatives of the crypto startup behind the third-largest cryptocurrency by market capitalization, including CEO Brad Garlinghouse.

Other Ripple executives on the video conference with Neto included Luiz Sacco, Ripple’s general director for Latin America, and Ben Lawsky, a member of the company’s board of directors—and creator of the infamous BitLicense.

The meeting, according to the agenda, was closed to the press, and Brazil’s central bank only mentioned that the call would “address institutional matters.”

Whatever was discussed during the conference is, for now at least, only for the eyes and ears of those in attendance. Neither Ripple nor representatives for the central bank immediately responded to Decrypt’s request for comment.

Nevertheless, that a meeting took place at all is notable, considering the principals: the head of the most important financial institution in Brazil and senior executives of one of the world’s most important crypto companies.

“I have always followed cryptocurrencies. I see that, in fact, this product aims to serve a person who wants a fast, secure, transparent, and cheap payment system,” he said last November in an interview. “If we could turn the whole world into one country and have those four characteristics, there would be no reason not to have a digital currency. The big problem is how to interoperate that with international purchases.”

Ripple is seemingly aware of Brazil’s stance on crypto and perhaps the potential for the country to act as a catalyst for crypto adoption throughout Latin America. This could explain why Ripple’s first regional office in South America is in Brazil, and the company’s global head of operations who is responsible for Ripple’s expansion strategy in the region is also a renowned Brazilian businessman.

Recently, Brazil added the use of blockchain technologies as a goal within its Digital Government Strategy. In this sense, the government seeks to use this technology to increase efficiency and transparency in different areas of public administration (as long as they don’t mess with the country’s gun policy).

With this in mind, as well as the positive results Ripple’s tech has produced within private institutions in Brazil, such as Grupo Santander, Ripple may be looking to establish itself as the blockchain infrastructure solution for the wealthiest country in all of Latin America.