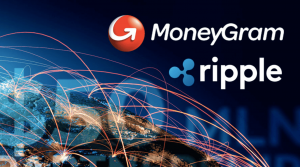 Ripple-backed MoneyGram is partnering with Lulu Exchange, an UAE-based exchange, to “help Lulu digitize its money transfer business and partner together to bring leading, consumer-centric capabilities to consumers in Oman and across the Asia-Pacific region.”

MoneyGram is a money transfer service provider that received a $50 million investment for Ripple in return for their adoption of On-Demand liquidity.

In this new deal, Lulu Money, a subsidiary of Lulu exchange will integrate MoneyGram APIs in coming weeks.

The step is a move in the right direction as the exchange boosts of over 200 branches across the globe. It has over 5 million customers and effect over 1 million transactions annually.

The MoneyGram team is thrilled to announce a strategic partnership with @LuLuExchange! We’re excited to help Lulu digitize its money transfer business and partner together to bring leading, consumer-centric capabilities to consumers in Oman and across the Asia-Pacific region! pic.twitter.com/sjSEvMcIpn

Strategic, the announcement will see MoneyGram expand its presence in Oman and Asia Pacific. Commenting on this development, Adeeb Ahmed, the chair of Lulu Group, said:

“This partnership will revolutionize how the region manages its high volume of remittances, launching unique services into the market, changing the way people approach digital transactions and remittances.”

“Lulu Money has made a major push to digitize its money transfer business through this partnership. MoneyGram looks forward to working with them to create innovative products and services that extend our digital reach and bring financial inclusion to customers throughout the Asia-Pacific market.”

MoneyGram use On-Demand Liquidity in their operations, allowing seamless fund transfer between the US, Mexico, and the Philippines in collaboration with several exchanges.

However, given the inclination of Ripple, their aim is to build capacity, expand their presence, and support more corridors with the Asia Pacific being their focus in the medium to long term.

The conference will end on Jan 24, and here world leaders will converge to discuss an array of topics. The ECB boss didn’t hide her approval of cryptocurrencies during her time when she was the Managing Director of the IMF.

If the ECB and Europe adopt cryptocurrencies by rolling out CBDCs, the region will be ahead of the curve.

The post Ripple-Backed MoneyGram Partners with an UAE Exchange to Expand in Oman & Asia Pacific appeared first on Coingape.