Report Reveals Why Bitcoin [BTC] is Declining as a Fiat Competitor 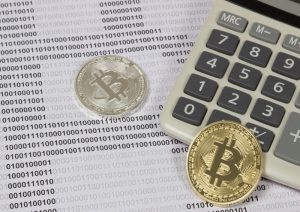 There is no hiding the fact that taxes hinder Bitcoin and crypto spending. The US Internal Revenue Service (IRS) and other regulators, in countries where cryptocurrencies are classified as commodities subject to capital gain taxes, are actively monitoring crypto transactions.

Individuals who don’t file their returns are often penalized, at least judging from the collective action of tax collectors. Paying to Czar what belongs to him is apparently a big obstacle to crypto adoption unless there are regulatory changes. And the effects are being felt according to a report by Long Hash.

The IRS and Coinbase

The report states that the number of users using Bitcoin to pay for goods and services is on the decline.

For a long time now, the writing has been on the wall. With fuzzy laws and policies around Bitcoin and cryptocurrencies in general, it wasn’t long before policy makers and tax collection agencies dug in their heels and began offerin “guidance”.

To that effect, the US IRS reportedly sent over 10,000 letters to Coinbase account holders, educating them of their obligations regarding taxes and advising them to carefully file their tax returns. It was also revealed that the US IRS might know about attempts to evade taxes through enforceable actions taken against exchanges as Coinbase.

Such smothering actions are obvious impediments and as Bitcoin fashions itself as electronic money, its volatility is proving to be its weakness.

Regulators, like investors, want to generate as much revenue as possible from price gains. As such they effectively classify crypto as commodities, not legal tender. In countries such as Japan, crypto capital gain taxes are punishing and upwards of 40%.

To remedy this and spark adoption, ShapeShift CEO Erik Voorhees, says the issue around Bitcoin taxation should be solved at a policy level since tax implication to would-be users is too much to bear, in a recent panel with Sergej Kotliar, the CEO of Bitrefill, during the Bitcoin 2019 conference in San Francisco.

“An average person on the street that wants to buy something for $20 with Bitcoin, they’re not going to care if they’re not reporting taxes on that. Those types of people, in terms of spending power, represent a very tiny amount. The actual [majority] of spending power generally comes from people, by definition, with more money. Those people tend to, by definition, care more about tax consequences.”

Do you think that taxes are an impediment in crypto adoption? How do you think should crypto be taxed? Share your views with us in the comments below!

The post Report Reveals Why Bitcoin [BTC] is Declining as a Fiat Competitor appeared first on Coingape.