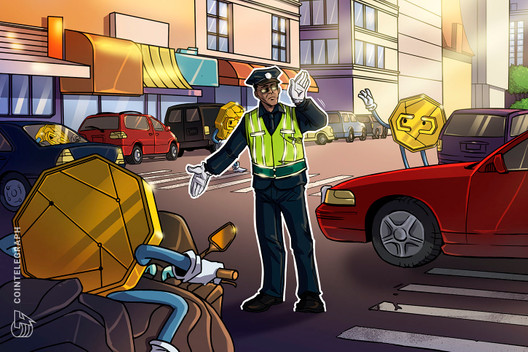 Speaking to Cointelegraph, the CEO of security token custodian Digivault predicted that regulatory clarity will light the fuse for the tokenization revolution.

Cooper asserted that regulators comprise the first “domino” that needs to fall to spark widespread tokenization, adding that “the first domino is beginning to wobble.”

The Digivault CEO emphasized the clarification of regulatory guidelines for security tokens in the United Kingdom last year, in addition to policy papers published by Germany’s regulator in March.

“I do believe [regulation] is one of the biggest steps because now that line is in the sand about how regulators want to work with this asset class because they clearly understand it’s not going away,” Cooper said.

“Everything that [tokenization] delivers in terms of efficiency, transparency, liquidity, compliance, it just makes sense for the world to be able to benefit from the technology.”

“I think the addition of things like the FATF Travel Rule […] will be the final item that pushes the first domino over,” he added.

Cooper highlighted the proliferation of industries utilizing tokenization for a variety of use cases, stating:

Cooper noted that it is not just large corporations that are benefiting from tokenization, emphasizing that Digivault is in discussions with many smaller enterprises.

“Tokenization, unlike some of the traditional securities, allows the smaller companies to gain traction in a space that they wouldn’t have been able to before because it doesn’t cost millions and millions of dollars to list on, for example, the Nasdaq.”

Despite his excitement for the democratizing aspects of security tokens, Cooper concluded that the future for tokenization will be shaped according to how large entities choose to adopt the technology:

“It’s going to take time for […] some of the larger institutions decide which way they want to tread in the first instance before we see real traction in terms of where we are going to be.”