Reddit’s Co-Founder Believes We Are In 'Crypto Spring'

Reddit’s Co-Founder Believes We Are In 'Crypto Spring' 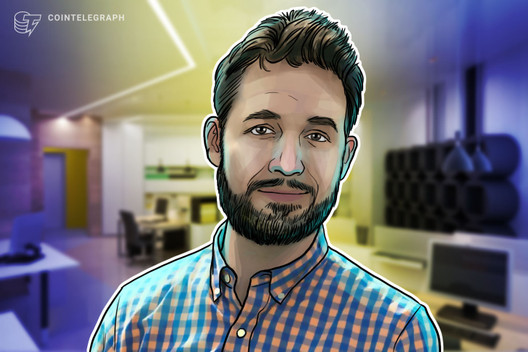 In an interview with Yahoo Finance published May 23, Ohanian stated: “We really do see a crypto spring right now in terms of top-tier engineers, product developers, designers, building real solutions on top of the blockchain.”

“We’re seeing really top-tier talent building on this infrastructure […] and that to me is the most interesting part” he added.

Crypto is here to stay

Ohanian revealed that he has held “a percentage of [his] wealth in crypto for quite some time now, adding: “I still feel pretty good about it, I don’t want to change much of it.”

It’s interesting to see OGs of Wall Street now getting into crypto and buying Bitcoin. It’s increasingly showing that it’s here to stay.

Earlier this month, Reddit launched its crypto-based Community Points reward system on the Ethereum’s (ETH) Rinkeby testnet, announcing plans to migrate to the Ethereum mainnet by the end of the year.

The points were rolled out across the r/Cryptocurrency and r/fortniteBR in the form of “Moons” and “Bricks” respectively from May 13 to May 15.