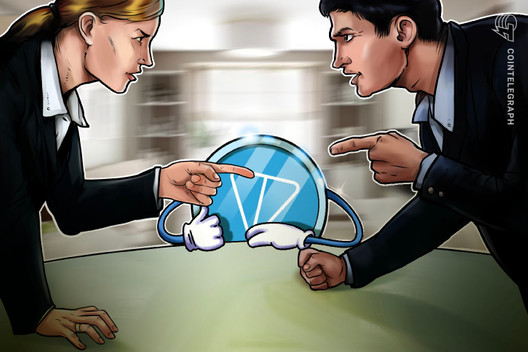 Sensitive documents outlining the proprietary investment strategies of Telegram ICO participants have been redacted from the case with the SEC.

A U.S. District Judge has approved the majority of redaction requests received during the proceedings surrounding the Securities and Exchange Commission’s (SEC) lawsuit against messaging firm Telegram over its $1.7 billion initial coin offering (ICO).

The SEC took action against Telegram in October 2019, filing a temporary restraining order barring Telegram from distributing its tokens.

The SEC submitted a cache of documents in support of its temporary restraining order, including roughly one dozen exhibits that revealed the strategic considerations of venture capital firms and investors who participated in the ICO and later cooperated with the SEC.

The documents were filed under temporary seal to protect the privacy of non-parties to the suit, but Judge Castel’s June 17 decision has ensured that significant portions of various exhibits in the case will be sealed permanently “to protect the specific interests of the non-parties.”

Roughly one dozen documents have been redacted to protect the various VCs who cooperated with the SEC, with two documents adjusted to identify ICO participants pseudonymously.

While the redactions were initially sought by the ICO participants that cooperated with the SEC, Judge Castel approved redactions proposed by the SEC that he described as having “narrowly tailored” the requests “to protect the specific interests of the non-parties”.

In response to the SEC’s preliminary injunction being granted and Telegram’s announcement is was delaying the launch of its Telegram Open Network (TON) until next year, the TON community launched its own blockchain. Telegram has since abandoned involvement in the project.

How the encrypted messaging company had a win today, June 19, when Russian authorities announced that they would no longer attempt to block domestic access to Telegram, describing the platform as a key vehicle for the distribution of information, including updates concerning the COVID-19 outbreak.