QuadrigaCX collapsed due to fraud, operated like a ponzi: Ontario regulator 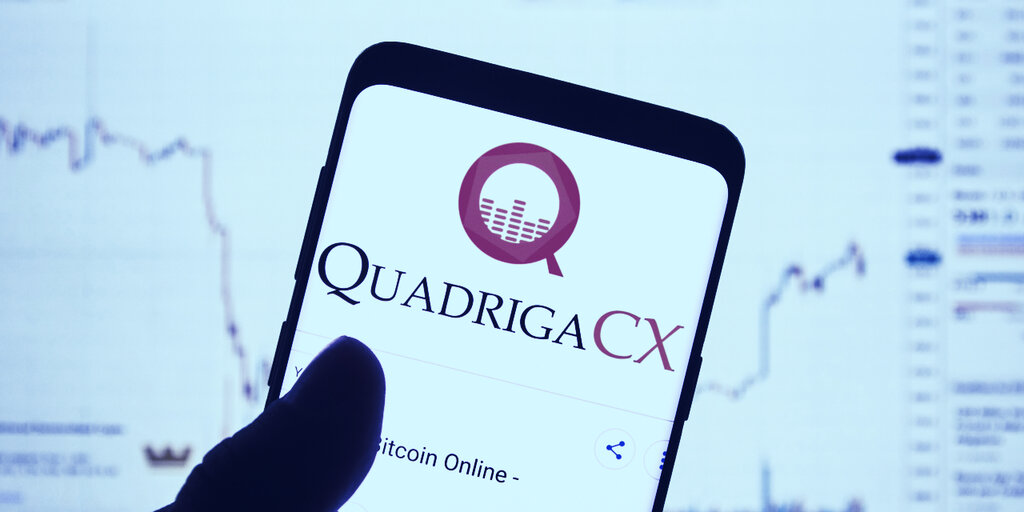 The Ontario Securities Commission today made public a report on QuadrigaCX that concludes what many have long suspected: the defunct Canadian crypto exchange was a fraudulent enterprise.

“The downfall of crypto-asset trading platform QuadrigaCX resulted from a fraud committed by Quadriga’s co-founder and CEO Gerald Cotten,” the report stated. The exchange “operated like a Ponzi scheme,” charged the OSC.

“In its final months, Quadriga had almost no assets left and was operating like a revolving door—new client deposits were immediately re-routed to fund other clients’ withdrawals,” it said.

At the beginning of last year, QuadrigaCX became embroiled in controversy following its CEO’s death under mysterious circumstances. After Gerald Cotton’s untimely death, the exchange issued a notice to its users that Cotten took the exchange’s wallet passwords with him to the grave, leaving the exchange with a $215 million insolvency.

If that notice was meant to mitigate suspicion and provide its users with a satisfactory explanation, it failed. Round-after-round of court proceedings, media reports and amateur sleuthing slowly painted a picture of a likely scam.

Now, the Canadian securities regulator has corroborated what many believed was going on behind the scenes; chiefly, that Cotten created multiple trading aliases to fake volume on Quadriga, trade with other users using funds that didn’t exist, and then withdraw these funds to trade on other exchanges or cash out.

Lawyer: It could be years before QuadrigaCX users see a penny

He was a horrible trader, too, according to the OSC report. The Commission estimated that he lost roughly $28 million on external exchanges. Another $115 million of the company’s revenue was conjured by Cotten, as he credited various alias accounts with fake balances to trade against users on the platform to extract the real funds they had deposited. As for the rest, $2 million was pocketed by Cotten for his own luxury expenses, while another $46 million has been seized in court proceedings and another $23-24 million is unaccounted for, said the Commission.

Cotten was faking anywhere from 75% to 100% of QuadrigaCX volume in 2014, its first full year in operation. This practice continued as Cotten took whatever funds he filched from these trades and watched them (or lost them) on other exchanges.

The 2018 bear market bottom accelerated the exchange’s demise, the report concluded, as the low prices Bitcoin sustained in this time (coupled with a flurry of withdrawals as wary holders moved to sell) put pressure on the exchange’s already rotten finances.

On the bright side, the Commission’s report made sure to separate Quadriga from the rest of the crypto market. “The misconduct uncovered in relation to Quadriga is limited to Quadriga,” said the Ontario regulator, “and should not be understood as applying to the crypto asset platform industry as a whole.”