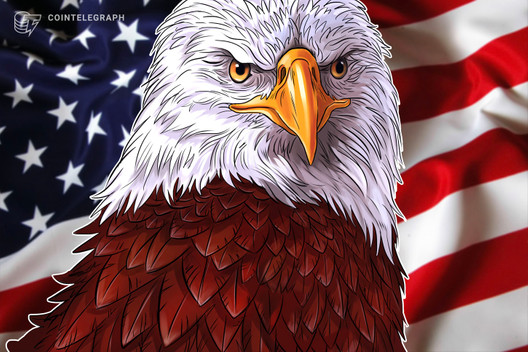 According to the 26-year-old candidate for New York’s 10th Congressional District, “our future is decentralized and open source”.

Cryptocurrency advocate Jonathan Herzog is running for election to the U.S. House of Representatives in the primary against fellow Democrat Jerry Nadler, who has represented New York’s 10th Congressional District since 2013.

A former staffer of ex-presidential candidate Andrew Yang, Herzog first announced his intention to run for office in 2019, but has recently become much more vocal about cryptocurrencies like Bitcoin (BTC) and Ethereum (ETH).

“Time for a representative who knows what Bitcoin is,” Herzog tweeted to his 5,900 followers on May 23, followed by a message today which said the future would be “decentralized and open source.”

Like the pro-crypto presidential candidate Yang, Herzog supports universal basic income (UBI) and is pushing for digital assets as a campaign issue. He has taken Nadler to task, calling the Congressman “asleep at the switch on cryptocurrencies.”

The 26-year-old candidate has had a positive reception to his campaign from the crypto community, although many dismiss his efforts as useful only in terms of promoting UBI and digital currency.

Reddit user CatnipHappy said Herzog “has no chance of winning in his district” but hoped he would “help other UBI candidates who do have a chance in winning.”

The media has been just as blunt. City & State NY magazine said Nadler was “all but guaranteed victory” due to his popularity, visibility, and funding.

Others are yet to give up hope about Herzog’s chances. Twitter user Jadentheman cited other underdog candidates:

“They said the same about AOC. There is a small chance something could happen.”

Herzog is on the ballot in the Democratic primary against Nadler and progressive Lindsey Boylan for June 23, 2020.