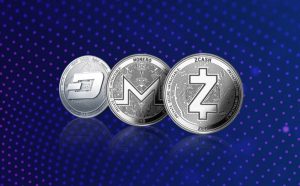 2019 has been a year of increasing regulations around cryptocurrencies, and subsequently, cryptocurrency exchanges have been facing the pressure to conform to these regulations. This development has not bode well for privacy coins including Monero [XMR], Dash [DASH] and ZCash [ZEC], which are getting delisted from more and more exchanges as exchanges attempt to comply with regulations. If the delistings continue, the coins are likely to end up losing their liquidity and value. Will privacy coins survive this phase or is their end?

In a recent announcement, a crypto exchange operating in Eastern Europe said that it is delisting Monero [XMR]. The exchange will cease trading support for XMR on 19th February 2020. XMR deposits will be blocked w.e.f. 29th November 2019. Also, due to the upcoming Monero hard fork, the exchange will put on a stop on XMR withdrawals from 29th November 2019 to 5th December 2019. The deadline for all XMR withdrawals is 20th May 2020.

The reason for withdrawing support for Monero is that the cryptocurrency “can selectively utilize anonymity features among projects”.  By doing this, the exchange aims to block any money laundering attempts from external networks. BitBay’s post says –

“As a licenced exchange, BitBay has to follow the market standards. Compliance with market standards and regulations allows us to provide our clients with legal security and convenience of using the exchange, with the participation of a friendly banking system and the availability of payment operators.”

This is not the first time Monero is getting delisted from an exchange owing to regulatory concerns. Earlier, OKEx had announced that it would be delisting XMR, and Dash (DASH), Zcash (ZEC), Horizen (ZEN) and Super Bitcoin (SBTC) from its platform. However, as per the latest reports, the exchange is reviewing its decision to delist XMR and DASH.

In August, Coinbase UK had announced that it was delisting ZCash.

Earlier UK-based CEX.io too had announced that it was going to delist Dash and ZCash due to regulatory pressure. While CoinGecko still shows Dash in its listing pairs, ZCash is absent from its list of coin pairs.

Last year in May, Coincheck had delisted XMR, ZEC and DASH following a business improvement order from the Japanese regulator – Financial Services Agency.

The Financial Action Task Force (FATF) is the reason behind most of the delistings of privacy coins. It FATF is an intergovernmental organization, comprising of 39 member countries, whose aim is to develop policies focused on preventing and taking action against money laundering.

The FATF’s travel rule requires cryptocurrency exchanges, some digital wallet providers and other crypto firms to share customer data such as names and account numbers with institutions involved in receiving fund transfers. In the case of privacy coins, exchanges fear non-compliance because it is difficult to collect this data owing their feature of anonymity.

Monero is not doing great either. It has 90% of its value of its all-time high of $542, and it currently trading at $54. However, the coin has retained its position among the top 20 coins by market cap, despite the sharp drop in value.

Dash is in the same boat as ZCash and Monero. It has lost over 96% of its value from its all-time high of $1493 which was achieved at the peak of the crypto wave in December 2017. It is now trading at $51.

Well, all may not be lost for privacy coins. Many members of the crypto community still believe that privacy coins will emerge victorious from this difficult phase.

Lina Seiche, the Global Marketing directors of BTSE, if of the opinion that delisting Monero will not help exchanges combat money laundering, because users will move from exchanges that require KYC to exchanges that do not require KYC. If this actualizes, then privacy coins will continue to thrive in underground markets and on smaller exchanges that are able to circumvent regulations.

If exchanges really want to fight money laundering, delisting $XMR from exchanges is a short-sighted approach. All you’re doing is driving traffic from platforms with KYC measures to platforms like @bisq or @hodlhodl that don’t do KYC, making life harder for your chain analysis. https://t.co/p9tzA7Onx4

Kyle Samani, managing partner at Multicoin Capital, is of the opinion that privacy coins are likely to make an “epic comeback” after pulling off through these hardships.

There will eventually be a local floor, but my sense is that we're pretty far away from this. Once privacy coins prove their resiliency after all this hardship, they could make an epic comeback though https://t.co/3veb6eNIFM

Binance seems to be unperturbed by the other exchanges delisting privacy coins, and this can be seen from the fact that it recently added Monero, ZCash and Dash to its lending program.

Furthermore, a Dash executive recently stepped up and wrote a blog post to prove that Dash was as compliant with the FATF travel as Bitcoin. In fact, with Dash, privacy is an optional feature, and the coin follows the same rulset as Bitcoin, and all Dash transactions are recorded on a public blockchain. The executive also claims that Dash carries a lower risk of non-compliance than Bitcoi Hopefully, the explanation will help exchanges and regulators see Dash in a different light.

Is this the end of privacy coins or will they make a comeback? Share your views with us in the comments below!