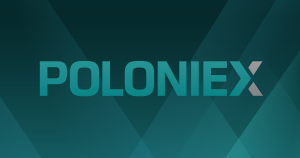 Crypto-twitter just witnessed an argument that leaves many users awestruck.

In a long Twitter thread, Tate criticizes Tron extensively. He said that Tron Foundation conducts a ‘con job’ and is “hijacked and perverted.”

He notes that the project is not decentralized and apparently Justin Sun runs everything around it. HE says,

$TRX is 100% premined & centrally controlled. 100 billion TRX was pre-issued by Justin Sun & the Tron Foundation where he is CEO. Right now 66 billion TRX are in circulation. So Sun still controls 34 billion $TRX after dumping $ millions on investors.

Moreover, he also notes that out of 27 nodes that “Sun and the Tron Foundation using DPoS” mostly controls. He also criticized Sun’s stakeholding in the acquisition of Poloniex.

Poloniex just went forward and decided to delist Digibyte from its’ Exchange. The exchange replies in the same thread,

We don’t own any US customers’ data as all of them are preserved by Circle. BTW, after careful review, we decided #DigiByte is not qualified for our listing standard. We will delist $DGB soon. Details to be announced.

Though We Found Some Inconsistencies in Tate’s Arguments As Well

Nevertheless, as the issue seems to be gaining popularity over the blatant response from Poloniex. There are some inconsistencies in the twitter thread as well.

He mentions this authored book, Blockchain 2035 quite a few times in the thread with hashtags. web and twitter links. However, his comments and criticism find no link for him to shill the book. The book is on sale at Amazon for about $60.

The altercation not only hurts the specific entities involved but also give a bad name to the industry. For something that promises to be decentralized, Poloniex, Tron, and Digibyte management are acting rather harshly at their whim.

The price of Digibyte (DGB) at press time is $0.006678 with a circulating supply of over 12 billion. It is trading at par on a daily scale.

The price of TRX at press time is $0.0144 with a circulating supply of over 66 billion. Hence, the price/supply ratio is considerably higher for Tron [TRX].

What do you think the feud reflects about the crypto market? Please share your views with us.