Podcast Host Lists Himself on Balancer: ‘EVAN’ Increases 500% in 2 Hours 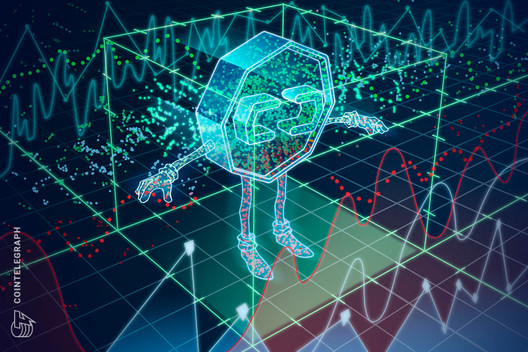 Personal tokens are growing in popularity with the host of ‘Week in Ethereum’ listing EVAN tokens on Balancer”.

The host of the ‘Week in Ethereum’ Podcast and former Director of ConseSys, Evan Van Ness is the latest person to tokenize himself on the blockchain — a growing trend in the gaming and marketing sectors. Within two hours of launch, a quarter of the EVAN tokens had been sold with the price per token increasing six fold.

The ERC20 tokens were created by using OpenZeppelin Contracts V3 code and were originally priced at around $0.04. At time of press, 250,000 tokens had been sold with the price rising to over $0.25, representing an increase of more than 500%.

The tokens can be redeemed for certain interactions with the podcast, Ness said on Twitter:

In an interview with Cointelegraph, Ness called it an, “experiment in independent media sustainability.” The Week in Ethereum podcast currently has four sponsors — Celer, Chainlink, Trail of Bits, and 0x — between them covering nine of the 12 months each year. However he said sponsors required quite a bit of work to obtain:

“By tokenizing it, I’m essentially decentralizing finding my sponsors”.

He said the tokens will help “get [the podcast] more attention” and that token holders would now be “incentivized to go find a sponsor” for the program who will pay them a higher price for the tokens.

Ness compares his token to other cryptocurrencies like Bitcoin (BTC) and Dogecoin (DOGE), and refers to EVAN tokens as money. He said it was better than, “than a memecoin like DOGE or BTC, because it has intrinsic value.”

The concept of tokenizing oneself has been explored recently with Cryptopuzzles inventor, and Neon District founder, Marguerite deCourcelle (Coin_Artist) tokenizing herself into a ‘video game boss’ in July 2020.

“By tokenizing ‘coin_artist’ into an NFT, I am essentially tokenizing my brand”, she explained, stating that fractionalizing the NFT as ERC20 in-game tokens would result in both financial and in-game incentives.

I have been tokenized into a video game boss. Let’s play a game…
1) Comment
2) Include your ethereum address
3) Receive $COIN if I am pleased https://t.co/K19diFzj2c pic.twitter.com/zQ1CQtRdwH

DeFi enthusiast and Rocket founder Alex Masmej is said to be the first person to tokenize himself in April 2020. The tokens are used to vote on personal actions Alex would complete in a series of “control my life” experiments.