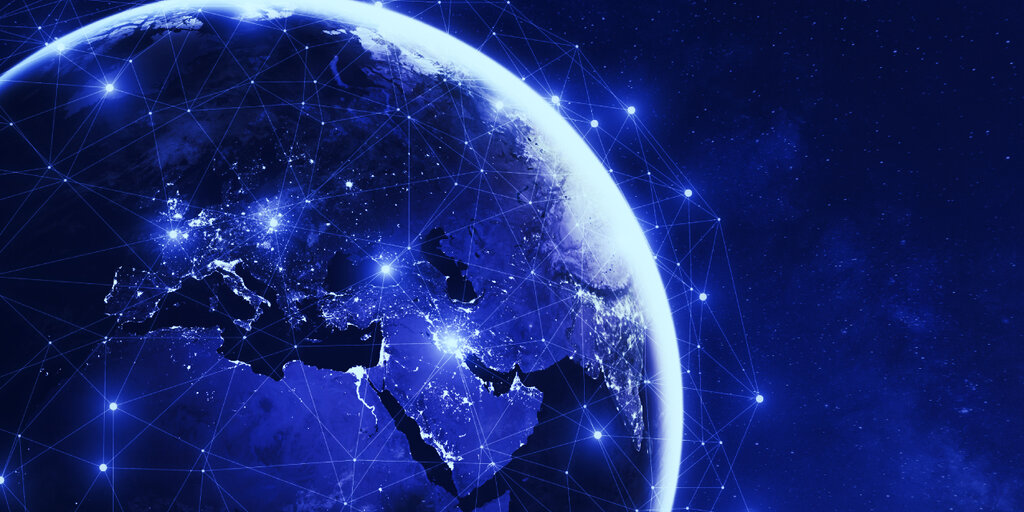 Web 3 promises to shake up the infrastructure of the Internet, using technologies such as blockchain to wrest control from tech behemoths like Amazon and Facebook, and restoring privacy to individual users.

However, as the decentralized applications (dapps) that form the backbone of Web 3 are developed, nurtured, and expanded to a wider audience, they are facing a problem unique to the space: added infrastructure costs.

Essentially, Web 3 apps have to pay transaction fees for the blockchain they’re using, in addition to all the costs faced by their Web 2.0 counterparts—such as paying a centralized provider for cloud infrastructure. That means Web 3 apps are facing entrenched foes with at least one arm tied behind their backs.

Can Pocket Network really live up to these lofty claims? Ahead of its mainnet debut, Decrypt spoke with the team to learn more about its ambitious plans.

O’Rourke told Decrypt that he noticed at the time in 2017 that much of the Ethereum ecosystem, from dapps to ICOs, relied on blockchain service Infura, which uses Amazon Web Services (AWS) servers. Every blockchain needs something like that, he observed, but the centralized nature not only added to the cost of the service—it potentially created a single point of failure too.

The Next Web reported last fall that more than 60% of Ethereum nodes ran via centralized cloud servers, mostly via AWS. “Is this decentralization?” the article asked. O’Rourke saw an opportunity to disrupt the centralized providers of the world with a decentralized API—one that was not only more philosophically aligned with blockchain technology, but also much cheaper as a result.

“Through Pocket, being able to offer this service at a radically cheaper price than what traditional centralized entities can offer, we will be able to capture a lot of the growth of all of these blockchains that are coming out in the future,” O’Rourke told Decrypt.

A quarter of Ethereum nodes run on Amazon Web Services

The Pocket Network API works with any kind of blockchain node, whether it’s Geth or Parity for Ethereum or Bitcoin Core, for example. An application using Pocket will route the request to one of the random full nodes running the blockchain. Pocket rotates out nodes after an hour, and if a node crashes or is unavailable for any reason, another one is immediately called into action to replace it.

Because of Pocket Network’s decentralized design, it needs only a fraction of the backup buffer up and running, thus cleaving the costs of the service. The company claims that the service is “at least 10 times cheaper” than centralized alternatives.

Pocket Network’s success relies on users hosting full nodes of various blockchains, so what’s going to pull them into the ecosystem? Crypto rewards, of course. Every relay on the API mints POKT tokens, 89% of which are rewards for the node operators performing those relays. Just 1% goes to nodes producing blocks, while the other 10% goes to the DAO.

“We have designed the economics of Pocket to reward processing the relays and to reward running these full nodes,” explained governance lead Jack Laing. The nodes produce Zero Knowledge Range Proofs (ZKRP) to assure the relay was completed as requested and then gain their reward.

Pocket uses a native cryptocurrency (POKT) to create a permissionless, two-sided market b/t node providers running full nodes & developers wanting to query data from a blockchain for their application/service.

For a summary of the economics, read this

O’Rourke said that Pocket Network experimented with various payment options, including Ethereum or off-chain via state channels. However, rather than have developers pay a rate for service, they’ll instead stake a certain amount of POKT in the network—based on a use case-specific, permissionless blockchain developed just for this purpose—and then pay gradually through dilution. Assuming Pocket Network grows, so too will the usefulness of those staked tokens.

“If I’m a developer and I pay for the service, as the token and the network captures value, my purchasing power for requests increases through staking the token,” O’Rourke told Decrypt. “Instead of me paying $50 a month, I might stake $300 once and I’m guaranteed that same throughput in perpetuity, basically.”

Operations lead Patrick Maguire suggested that such a payment model, paired with the agnostic design of Pocket Network, makes it ideal for a startup that’s evaluating blockchain options and rapidly prototyping to find the best fit. They’ll have one interface and one stake. That’s just one potential scenario, but the purportedly lower costs will benefit anyone using any blockchain.

“Because we use cryptoeconomics as opposed to a traditional SaaS model, we do see those cost efficiencies,” he said. “That in and of itself lowers the barrier to entry, as well as creates competition for the highest quality infrastructure and creates a new standard of what infrastructure could be at a quality level—and then what the new market price is for that.”

How Pocket Network is rethinking governance

Pocket Network has also put a lot of work into its governance, as Laing explained. The company won’t have voting written into the blockchain itself, instead opting for what they see as more flexible cross-chain governance via Aragon. It will then be bridged to Pocket to validate stakeholders and make sure that only they have a say. Laing said they were keen on avoiding a plutocratic system with only token holder governance.

.@AragonProject builds products for distributed governance because we aren't there yet. They built two apps just for our governance needs at breakneck speed. We are looking forward to building the future together. And Pocket DAO launching soon! #PoweredByAragon

“We’re doing cross-chain governance rather than trying to put everything on-chain.”

Pocket also designed a foundation that is ownerless and controlled by the DAO. No decisions by the foundation are valid until ratified by the DAO, plus the DAO can hire and fire foundation directors. It can also make decisions within Aragon and be assured that the foundation will execute them. Laing said that it’s a more transparent approach than those of some other foundations behind blockchains.

“We’re innovating quite a lot in governance, with our new foundation structure and with how we’re doing cross-chain governance rather than trying to put everything on-chain,” he added.

“If nobody owns the network, just like Bitcoin, then it’s really hard to take control of the data that goes through it.”

Even with governance happening off-chain, the fully decentralized approach is retained, which provides the redundancy needed to ensure uptime, not to mention censorship resistance. Maguire said that by design, it would be incredibly difficult to shut down any viewpoints that people don’t like, and that competitors wouldn’t be able to create bottlenecks for startups by brokering low-cost deals to stymie competition.

“If nobody owns the network, just like Bitcoin,” said Maguire, “then it’s really hard to take control of the data that goes through it.”

The path forward for Pocket Network

Given its agnostic approach and single-stake design, Maguire suggests that Pocket Network is ideal for services that rely on multiple blockchains and infrastructure setups—such as decentralized exchanges, block explorers, wallets, interfaces, and analytics tools. It could also open the doors for companies to tap into AI modeling and machine learning, he suggested, given the lower cost to throughput so much data. “We want to be the backend for these truly decentralized applications,” said Maguire.

A decentralized backbone for decentralized services sounds compelling, but developers can’t make decisions based on philosophy alone. If Pocket Network plans to grow beyond the core blockchain die-hards, then it has to compete on service quality and cost above all. That’s the plan, of course.

“We’re lucky with the early adopters, the sort of beachhead market of blockchain/crypto developers, that a lot of them are philosophically aligned with decentralization,” said Laing. “That said, we don’t want to rely on that, so we are pushing to make the servers more affordable than the centralized alternatives like Infura, and to emphasize that our service is more resilient—that our servers won’t go down if Amazon happens to have a problem with its server farm.”

“Our servers won’t go down if Amazon happens to have a problem with its server farm.”

“We’re definitely aware that infrastructure is a commodity. There’s no loyalties in a commodity market,” Laing added. “What matters is who provides the best service and the cheapest service, which is what we aim to do.”