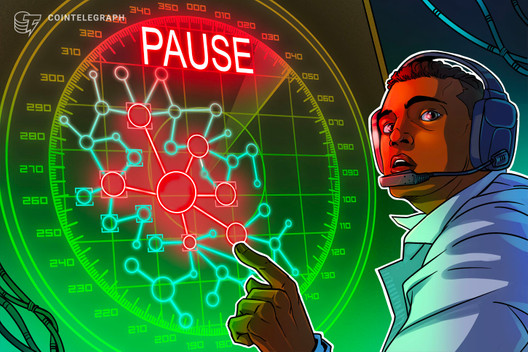 One of the largest ponzi schemes in crypto history is still trying to launder its proceeds, but Ethereum congestion is making that difficult.

Funds from the infamous Chinese-based PlusToken ponzi scheme are moving once again, but they’re being blocked by Ethereum’s block congestion.

According to Whale Alert, funds from a known PlusToken Ether (ETH) stash were seen moving to a fresh address. The fraudsters transferred 789,500 ETH, worth about $186 million, in what appears to be an effort to launder their funds.

The incoming wallet has since signed more than 50 transactions to split the funds across dozens of wallets, but only one of those appears to have been confirmed.

The remaining transactions have been hanging in the mempool for more than 30 minutes as of press time, largely due to their relatively low gas fee.

The transactions are bidding between 25 and 30 Gwei, which is significantly below the current average of 50 Gwei, according to EthGasStation.