People Are Removing the Most Bitcoin From Exchanges Since 2018 Bottom

People Are Removing the Most Bitcoin From Exchanges Since 2018 Bottom 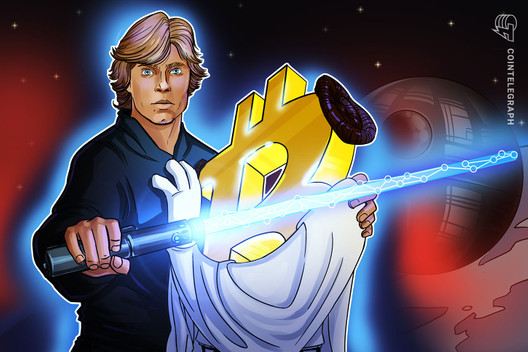 Exchange reserves hit an 18-month bottom while miners keep selling despite lower revenues after the halving.

Bitcoin (BTC) is failing to retake $10,000 due to a fresh wave of miner selling, fresh data suggests ten days after the halving.

Compiled by monitoring resource CryptoQuant, the figures show that over the past five days, combined outflows from BTC mining pools spiked 600% — from 1,066 BTC to 7,426 BTC on May 20.

The change mimics that seen in the week before the halving on May 11, when miner outflows increased from around 2,100 BTC to a high of nearly 5,000 BTC on May 10.

Sales in the week before the halving coincided with Bitcoin’s “pre-halving dump” of over $1,200, while this week also saw negative price performance — from $9,950 on May 18 to press time levels of $9,340.

Beyond outflows, meanwhile, change is afoot on exchanges. According to CryptoQuant, total exchange holdings fell dramatically on March 12 during Bitcoin’s crash but kept falling as the price recovered.

As of Wednesday, reserves across 17 major exchanges totaled 1.18 million BTC — the lowest value since November 2018. At that time, BTC/USD traded at near its lows of $3,100.

A lack of interest in trading Bitcoin delivers clear signals on market sentiment, but the change in correlation with price-performance puts the current situation at odds with previous behavior.

Original Source: Coin Telegraph People Are Removing the Most Bitcoin From Exchanges Since 2018 Bottom