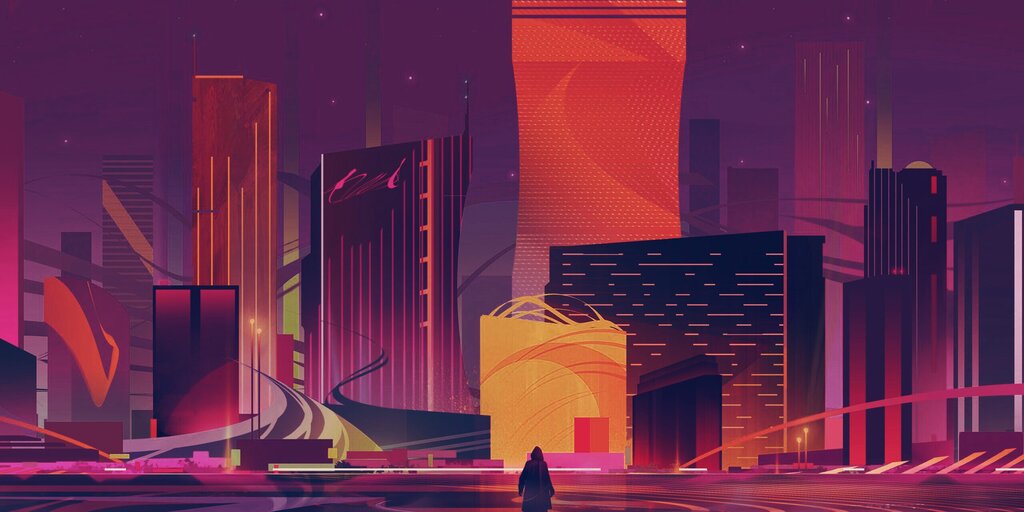 Hundreds of thousands of people are now employed in a “virtual” economy—in video games and virtual worlds— immune to shutdown, according to a report published yesterday by L’Atelier, a research company that’s part of the French international banking group BNP Paribas.

The economic output of the virtual economy—replete with online jobs, assets, marketplaces and traders—is equal to Bulgaria’s GDP ($66.2 billion), according to L’Atelier. Using data from Nielsen, interviews and other metrics, the company identified a $100 billion market of gaming platforms such as Fortnite and Minecraft, and virtual worlds such as Decentraland.

This alternative, virtual economy now has 2.5 billion users and is growing at an extraordinary pace, as people look for virtual ways to earn real income and deliver traditionally offline experiences online.

L’Atelier’s report highlights the top 20 jobs in the sector. Some, such as content streamers, professional esports players and modders may be familiar; others such as influencer partnership managers and shoutcasters, who commentate on esports matches, are less well known.

L’Atelier’s data show income streams and ranges, as well as the number of people working in the field, and on which key platforms. There are, for example, around 40,000 digital-asset creators, who make up to $122,000 per year creating Second Life items, Decentraland furniture, Unity assets, and other in-game accoutrements.

Meanwhile, 150,000 digital “farmers,” sell valuable in-game items, and earn up to $25,000 a year. That may not seem to be a lot, but in Venezuela—where people are making $40 a month farming in-game currency for online fantasy game RuneScape— it’s a decent wage (the average salary is at $7.50 per month.)

Virtual economy platforms are predominantly closed to the outside world and have centralized marketplaces; many, such as Fortnite, don’t allow the trading of items between players or outside the game.

More open marketplaces, such as Minecraft, allow players to find unique ways to generate revenue. SatoshiQuest is a Bitcoin treasure hunt that has sprung up inside Minecraft. It charges a small access fee that is then pooled into a Bitcoin prize for the winner, but high transaction fees have been a problem for the game.

Centralised in-game marketplaces also have issues. They lack transparency, and legitimate secondary markets for players to trade or sell assets, according to the report. This makes decentralized platforms, and non-fungible tokens (NFTs) the most interesting, if not the optimal solution, according to L’Atelier CEO John Egan.

“Our primary focus was on NFT-based, decentralized platforms because they are creating economic infrastructure that adds value to virtual assets in a way that nothing else ever really has,” he explained.

Egan doesn’t believe big game publishers have the appetite for risk necessary to make their platforms decentralized—yet. While the volume generated by these fledgling platforms is small compared to something like Fortnite, NFT initiatives on Ethereum show great promise he thinks.

Why Decentraland is more than just Minecraft with crypto

“We think there’s capacity for new platforms to be built—like Decentraland and Cryptovoxels—decentralized, typically Ethereum-based, platforms that are facilitating not just the construction of economic infrastructures like NFTs, but are also providing for the creation of proprietary cryptocurrencies that can be used only within those platforms,” he said.

The enthusiasm with which Fortnite players have taken to Ethereum-based “Community Points”—which can be transferred between users or used to gain exclusive community features, such as badges and GIFs on Reddit—indicates an appetite as yet untapped.

But the sale of virtual gaming goods on grey market platforms has also spawned digitized black-market occupations; digital gun runners, counterfeiters and thieves who use the vast and largely unregulated gaming universe to earn large sums, according to the report.

How in-game Bitcoin microtransactions could change future of gaming

Egan believes that, in the coming years, society, culture and economics will be transformed by these virtual worlds, as virtual tycoons, decentralized government and digital nations emerge.

“We expect to see a marked acceleration in the growth of the virtual economy as people commit more and more of their professional and personal lives to digital platforms and mixed reality,” he said.

Low barriers to entry and augmented environments (reality contact lenses, audio implants, connected infrastructure, improvements to cloud efficacy and Internet speeds) will give new layers to this reality, further fuelling rapid and pervasive expansion, according to the report.