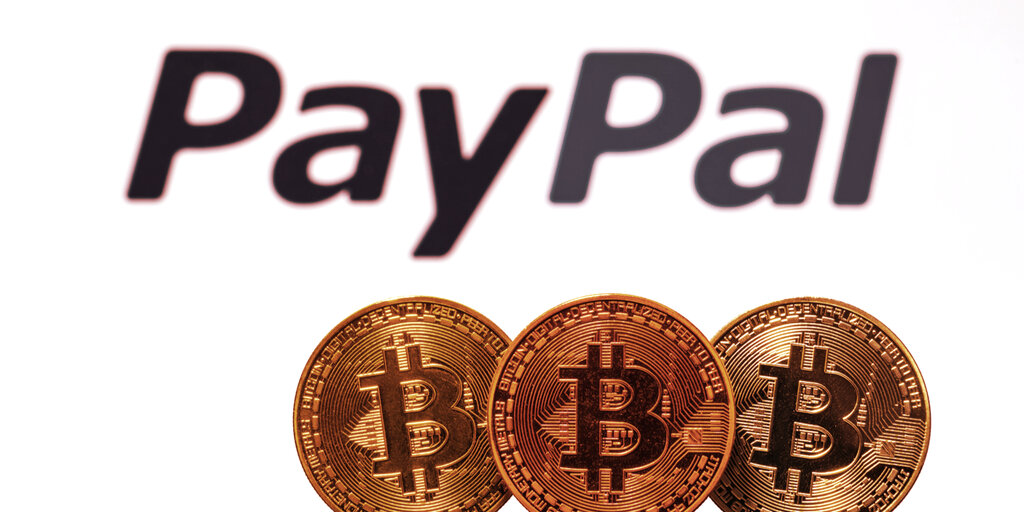 In its Q4 2020 earnings call today, PayPal reported that cryptocurrency purchases helped keep its users on the platform.

In its investor update, the company wrote, “Customers who purchase cryptocurrency have been logging into PayPal at a rate 2x their login frequency prior to purchasing cryptocurrency.”

Though PayPal didn’t go into specifics in terms of earnings, CEO Dan Schulman has seen enough to push forward with crypto.

“We all know the current financial system is antiquated,” he said, before outlining a future in which all people—not just the affluent—had access to financial services. To help meet this goal, he promised the company was “significantly investing” in its blockchain and cryptocurrency units.

Overall, PayPal recorded $277 billion in total payment volume and $6.1 billion in revenue, its strongest quarter to date, though the figures for cryptocurrencies are calculated separately.

In October 2020, PayPal, the online payments company used by over 325 million people, announced that its users would soon be able to buy Bitcoin, Bitcoin Cash, Ethereum, and Litecoin from their account. The service subsequently debuted in November.

Thus far, the payments network only facilitates buying, holding, and selling those cryptocurrencies. It plans to allow users to use the cryptocurrencies in their PayPal accounts for purchases at 29 million merchants later this year. But even without the functionality, the integration has already paid dividends for PayPal, as the company pockets a percentage of every cryptocurrency transaction made through the platform.

How To Buy Bitcoin With PayPal (2021 Update)

And there’s been quite a bit to pocket, with retail demand for crypto increasing. PayPal’s entry into the market, along with institutional investments from MicroStrategy, payments competitor Square, and others have helped drive the price up and peak interest among the general population.

That’s not the only thing that’s risen. PayPal stock closed at $249 yesterday. On October 20, the day before announcing the crypto integrations, it closed at $202.

Today’s earnings call was the first chance for investors and the general public to hear real numbers about the company’s cryptocurrency offerings, though details were sparse.

ItBit, the exchange PayPal uses for crypto purchases, has watched trading volumes rise in the past three months. Prior to the PayPal announcement, the exchange hadn’t logged any days above $5 million in volume. It set a new record with $242 million on January 10. It’s impossible to know how much of that growth in volume was tied to PayPal.