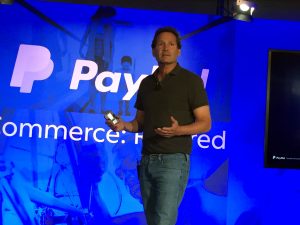 A month or so after withdrawing from Facebook’s Libra project, the CEO of PayPal, Dan Schulman, spoke to Fortune’s editors and writers confirming he does own only one cryptocurrency, Bitcoin. In a wide conversation, Dan also revealed the reasons behind the Libra withdrawal and the possibility of a blockchain project by PayPal.

‘A focus on our own road map’

On the question of why PayPal became the first of 28 members of the Libra Association, Schulman explained their desire to work on the project but took a route towards “concentrating on their roadmap outside Libra.” He said,

“You know, we think if we focus on our own roadmap, we’d be able to advance financial inclusion faster than if we put all these resources against Libra.”

However, he confirmed the two companies are in contact and may work together in the future if the opportunity arises.

“It wasn’t an acrimonious divorce or anything like that. It’s just that they will start going down a road that we’re very interested in looking at and monitoring, and maybe later, there are ways we can work together.”

PayPal blockchain may be on the way

He further confirmed the reports of PayPal working on a cryptocurrency and blockchain project. He, however, says the project will not be in direct competition with Libra. He said,

Dan, however, remains excited about cryptocurrencies revealing he holds Bitcoin (BTC) despite the recent troubles with Libra. Asked whether he owns any cryptocurrencies, Schulman said,