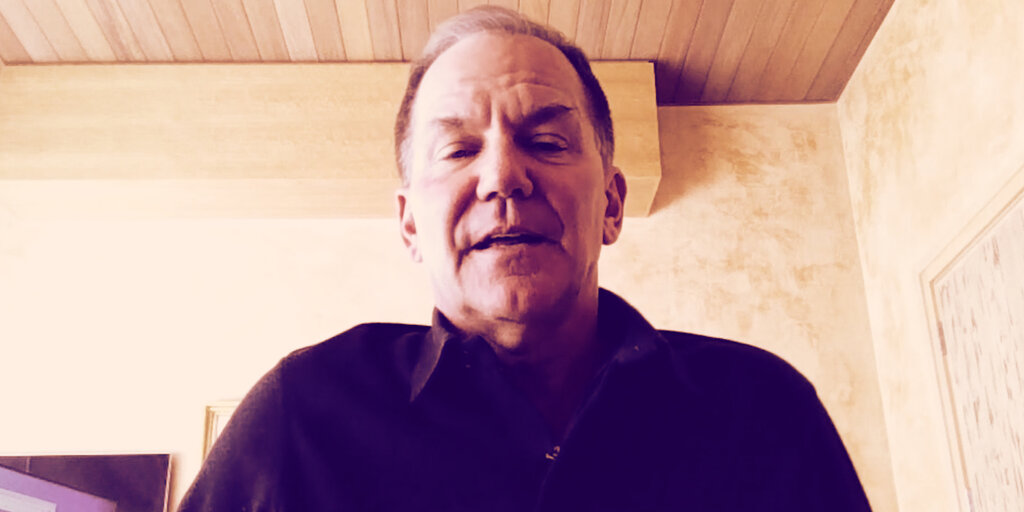 Paul Tudor Jones, the billionaire investor turned Bitcoin evangelist, today said that the “path forward from here is north” for the crypto asset.

“I’m not an expert on Bitcoin by any stretch,” he told Yahoo! Finance, but said that “Crypto’s going to have a crazy rocket ship ride, going up and down along the way.”

His guess? “Bitcoin in particular will be substantially higher in 20 years than where it is right now.” Relative to gold’s “$8 or $9 trillion” market cap, and “God knows how many trillions of fiat currency,” Bitcoin’s current market cap of $359 billion just doesn’t add up, said the hedge fund icon.

Tudor Jones said that Bitcoin reminds him of the internet stocks of 1999, reiterating what he told CNBC in October. “Because the internet was in its infancy, nobody knew how to value it because of the world of possibility that lay ahead. What you can be certain of, is that probably 20 years of now, our kids and grandkids will be using some kind of digital currency,” he said.

He added that digital currency will be used by every sovereign nation and cash may be gone. “And so in that world, where does Bitcoin fit in? As well as some of the other cryptocurrencies. Where does Ethereum or Tether [fit in]?

“I don’t know. I’m not smart enough to figure that out,” said the billionaire whose chops made him his fortune.

Tudor Jones said that the make-up of the crypto industry in the future is analogous to metals.

You might have “precious crypto,” Tudor Jones pontificated. That might be Bitcoin, he said, since it has “historical integrity;” it was the original cryptocurrency and the first mover. “Because of its finite supply, that might be the precious crypto.” Then you’ll have more transactional crypto, he said, just like industrious metals such as copper and lead.

“What I do know is that it’s no way possible today to know what the next 10 or 20 years are going to be like,” he said.

Urgh, come on, Tudor Jones! Give us something!

Ok ok. If he had to take a position, he concedes, he’d say that a “brand name” coin like Bitcoin, currently is incorrectly priced for the possibilities that it has—in part because we don’t know what those are. “And I’m going to assume that the path forward from here is north.”

“Crypto’s going to have a crazy rocket ship ride, going up and down along the way. But my guess is, Bitcoin in particular will be substantially higher in 20 years than where it is right now. And who knows what role it has in the monetary system?”

If crypto’s a crazy rocket ship ride, Decrypt is here to ride that rocket ship with ya, Tudor Jones.