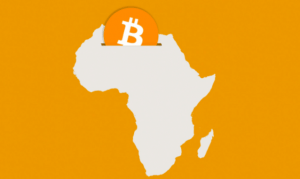 From statistics, there is every reason to believe that sub-Saharan Africa will be the next frontier for Bitcoin and general cryptocurrency adoption. Combined, the number of Bitcoin purchases from Paxful and LocalBitcoins soared past 2017 highs, highlighting how BTC, despite recent downturns, is on demand.

Bitcoin as a Facilitator

LocalBitcoins and Paxful are peer-to-peer Bitcoin trading platforms, connecting buyers and sellers. Paxful says that they oversee the exchange of $25 million worth of BTC every week. To ensure smooth operations, the company has employed over 400 people, working from different offices across the world.

There is little doubt that Africa will be the next ground to power the stagnating global economy in years to come. Its population is projected to double by 2050. With rising population and the rising demand for democratization of systems including in finance, cryptocurrencies and mostly Bitcoin stands to benefit.

BTC is the most valuable currency that operates from a platform that advocates for complete decentralization and elimination of third-parties. Political events have triggered several devastating crises in the continent. Countless upheavals like wars and economic disasters like the Zimbabwe’s hyperinflation which watered down savings, causing untold sufferings, is just one of the highlights.

The search for better, robust alternatives has led people to Bitcoin. Bitcoin is censorship-resistant and though volatile; it acts a store of value, shielding against bad decisions. This and several other benefits such as total financial control, absent in traditional and government-issued fiat, explains why the number of Bitcoin related searches is high in Africa’s economic powerhouses like Nigeria and South Africa.

In the latest Google trend analysis, it was found that Nigerians were curious about Bitcoin. Though the relation between searches and adoption wasn’t definitive, confirming that the former drove the latter, studies suggest that the rise of Bitcoin use amongst Africa’s youth was something borne out of necessity. Youth between 18 and 35 years, it emerged, were not confident in their finances and had to be savvy.

In an interview, Marius Reitz of Luno Exchange said:

Sad to be leaving the continent…for now. Africa will define the future (especially the bitcoin one!). Not sure where yet, but I’ll be living here for 3-6 months mid 2020. Grateful I was able to experience a small part. 🌍 pic.twitter.com/9VqgbhCXWd